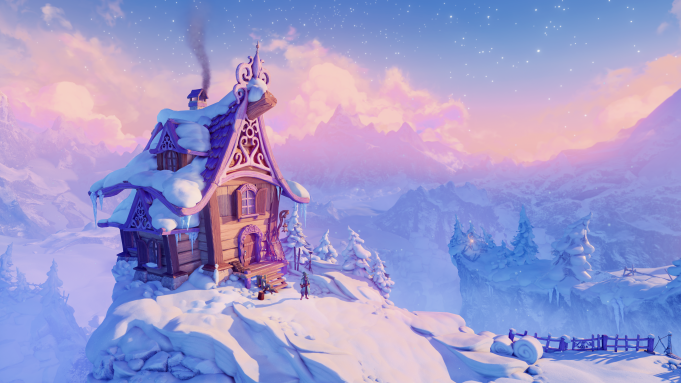 “Trine” returns to its 2.5D side-scrolling roots this fall with “Trine 4” as players seek out the nightmare prince.

The game will have up to four players coop-ing their way through the lush backdrops of the game in a search for a missing prince who suffers “intensely dark dreams” that happen to slip into the real world and wreak havoc, said developer Frozenbyte’s marketing manager Kai Tuovinen.

In a short hands-off demo, Tuovinen and Frozenbyte vice president Joel Kinnunen showed off several of the levels for the upcoming game.

“Trine 4” will still feature a mix up of puzzle solving, light platforming and combat, though this time around once combat is started the area is blocked off and transformed, adding extra temporary platforms to hop around on during fights.

The characters can all use round objects to walk across areas — in one area Kinnunen used a giant pumpkin to walk a knight across a floor of spikes. There’s also plenty of smashing and collecting. Some of the puzzle elements we saw included using the knight’s shield to reflect light into cursed webs to burn them away.

The game, which is built around a completely new story unassociated with the previous three games, opens with tutorial levels for each of the four characters. Once those have been completed the four are brought together to proceed on their adventure to find and rescue the prince.

After showing off the knight’s tutorial level, Kinnunen jumped to about halfway into the game, where a player can freely swap between the four characters.

In this mission, the player is asked to help a Badger gentleman who is in need of his journal, which is in his house which has been overrun by the prince’s nightmares. In this mission, we caught our first look at a nightmare area, which summoned additional platforms and featured more technical challenges battles than in previous games.

The game will include both a classic and an unlimited mode. In the classic mode, up to four players can take on each of the four different characters. The cooperative play allows people to join or leave at any time. Dropping down to a single player will prompt you to reload the game, usually pushing you back to the previous room. That’s because some of the puzzles actually change depending on whether or not you’re playing by yourself.

An unlimited mode allows four people to control any character they want, even if another player is already using him or her. So, for instance, you could have a team of four knights if you want.

The game still has no hard release date, but is set for a fall release on Nintendo Switch, PlayStation 4, Windows PC, and Xbox One for $30.