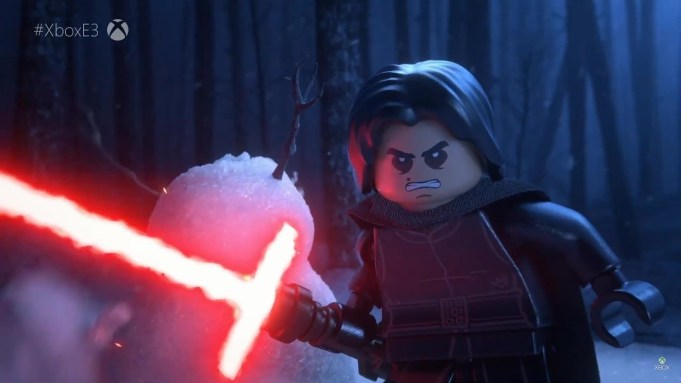 All nine episodic “Star Wars” films, including J. J. Abrams’s upcoming sequel “The Rise of Skywalker,” are getting the full Lego video-game treatment in “Lego Star Wars: The Skywalker Saga.” Lucasfilm Games announced the project at Xbox’s E3 2019 Briefing with a trailer.

Back at Star Wars Celebration Chicago in April, “Star Wars” sound designer Matthew Wood accidentally let slip that another “Lego Star Wars” title was in the works — the first since 2016’s “Lego Star Wars: The Force Awakens.” The new game will arrive in 2020.

“‘LEGO Star Wars: The Skywalker Saga’ marks our return to the franchise that kicked off the Lego video-game series. The game will give fans an all-new ‘Lego Star Wars’ experience with complete freedom to explore the ‘Lego Star Wars’ galaxy,” TT Games managing director Tom Stone told IGN. “It was an absolute pleasure to be part of the launch of the original ‘Lego Star Wars’ game, and it’s equally exciting to now move the series forward and help create a new era of ‘Lego Star Wars’ games.”