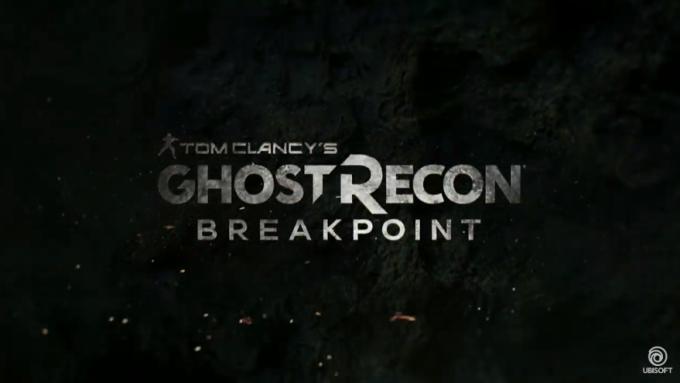 “Breakpoint” is officially the next title in the “Tom Clancy’s Ghost Recon” tactical shooter franchise, and it’s coming out on Oct. 4, publisher Ubisoft revealed in a livestream on Thursday.

It takes place on a remote island in the middle of the Pacific Ocean called Auroa, Ubisoft said. Skell Technology — the fictional company that first appeared in 2017’s “Ghost Recon: Wildlands” — has a compound there, along with an army of lethal autonomous drones. When the island is taken over by a rogue Spec Ops group called the Wolves, a Ghost soldier codenamed Nomad (the player) is sent to infiltrate it. But, the Wolves are expecting him.

Like “Wildlands,” “Breakpoint” has both solo gameplay and four-player co-op. Player-vs.-player combat will be available at launch, along with four character classes. While Ubisoft didn’t provide details about the new classes, it said players can swap between them freely and it will add more of them post-launch. It also said players can keep the same character, and the same progression, throughout the entire game.

“Breakpoint” will get a major content expansion every four months, Ubisoft said. The first update will include the game’s first raid, which takes place on or near an active volcano.

Ubisoft accidentally leaked the name “Breakpoint” a day ahead of the official reveal. A graphic briefly appeared on the publisher’s German store depicting the game’s Wolves Collector’s Edition, which comes with a statuette of a Spec Ops soldier. It also teased its new game last week via a free update for “Wildlands” called Operation Oracle. The downloadable content includes two new missions featuring “The Walking Dead” and “The Punisher” actor Jon Bernthal as Major Cole D. Walker, a Ghost Team leader with a mysterious agenda. Walker appears in “Breakpoint” as well, possibly as the antagonist judging by the game’s world premiere trailer.

The “Ghost Recon” series first debuted in 2001 on PC and consoles and currently has a community of over 15 million players.