Continue to Variety SKIP AD
You will be redirected back to your article in seconds
Jun 11, 2019 9:17am PT 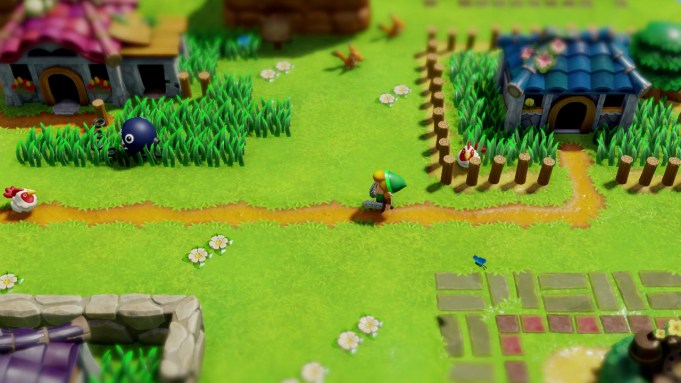 “Link’s Awakening” hits the Nintendo Switch on Sept. 20, Nintendo announced during a livestream on Tuesday. The remake was first announced in February during a Nintendo Direct broadcast.

The new 3D reimagining of the 1993 Game Boy classic will feature a dungeon-creator mode that allows users to build and play through their very own “Zelda” levels.

“Link has washed ashore on a mysterious island with strange and colorful inhabitants,” Nintendo writes in a press release. “To escape the island, Link must collect magical instruments and awaken the Wind Fish. Players explore a reimagined Koholint Island that’s been faithfully rebuilt in a new art style. Battle enemies, conquer numerous dungeons, and uncover the hidden secrets of the island while encountering ‘Super Mario’ enemies like Goombas, Chain Chomps, and Piranha Plants. Players can also earn Chambers (Dungeon Rooms) and arrange them to complete objectives in the new Chamber Dungeon.”

A collectible toys-to-life Amiibo figure and a special Dreamer Edition, which includes an art book, will both ship alongside the standard edition of the game on Sept. 20.