‘The Legend of Zelda: Link’s Awakening’ is Getting an Adorable Remake 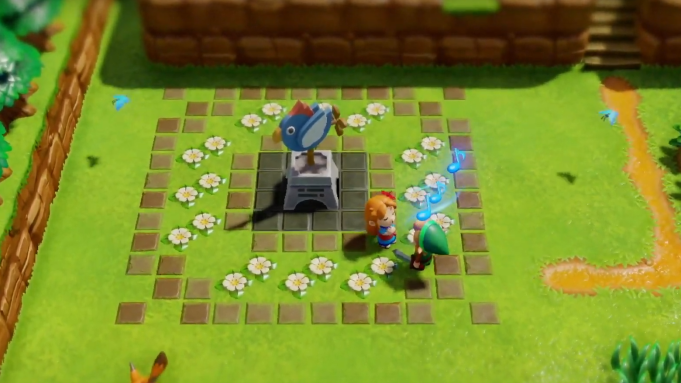 “The Legend of Zelda: Link’s Awakening” is getting a remake for the Switch, Nintendo revealed Wednesday.

The 1993 original title for the Game Boy is getting a re-imagining for a modern playerbase— and a modern console.

In the announcement trailer, which you can watch above, Link is shown exploring the bright and colorful island of Koholint.

The reveal came as a part of the Nintendo Direct presentation held on Wednesday, in which the company directly reveals new information on upcoming titles to the public.

“Every game covered in this Nintendo Direct is slated for launch for Nintendo Switch this year,” said Doug Bowser, Nintendo of America’s senior VP of Sales and Marketing. “Whether you’re looking for new games in classic franchises, new content for existing hits or completely new experiences, Nintendo Switch has something for everyone over the next several months alone.”

“Link’s Awakening” will release sometime in 2019 exclusively for the Nintendo Switch.

While Nintendo fans didn’t get an exact date for the upcoming “Zelda” title, they did get a specific release day for “Yoshi’s Crafted World,” which is coming March 29, and also has a new demo.

Nintendo revealed new info on Switch titles, including the upcoming “Fire Emblem: Three Houses” during its Nintendo Direct broadcast Wednesday. Missed the broadcast? You can catch up on the highlights of the presentation right here on Variety.