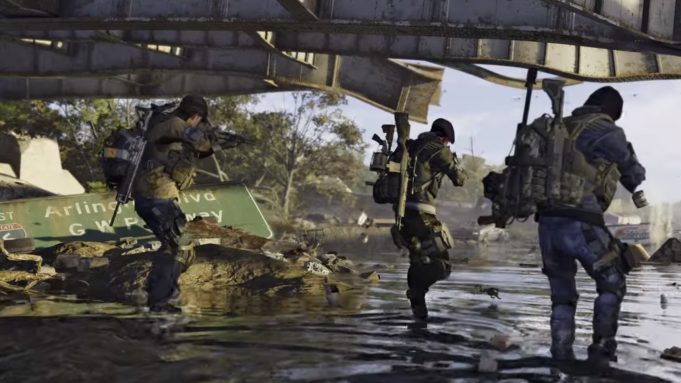 The latest trailer for “Tom Clancy’s The Division 2” shows the US in turmoil after warring factions take over, as shared by Ubisoft via its YouTube channel Wednesday.

There’s talk in the story trailer of overcoming a virus outbreak (a throwback to the first game, “Tom Clancy’s The Division”) but it is revealed that violent factions have broken out in the country, threatening the eventual collapse of the nation. It seems the US just can’t catch a break in Tom Clancy games.

The US government has no choice but to reactivate its sleeper agents, known collectively as The Division, to take down the forces that threaten a peaceful existence for the innocent citizens.

The Division must take back DC from the warring factions, the True Sons, the Hyenas, and the Outcasts.

While the objectives of each faction are different, all of them threaten The Division’s ability to regain control. The True Sons are organized with combat experience and firepower on their side. The Hyenas are less organized, relying on destruction and violence to survive— even choosing to destroy resources they can’t take just so others can’t have them either. And the aptly named Outcasts are the previously quarantined survivors, seeking only revenge.

While we don’t have all the details just yet, the story trailer shows an apocalyptic glimpse of the US capitol that promises plenty of action for players.

“Tom Clancy’s The Division 2” is coming out March 15 for PlayStation 4, Xbox One, and for PC via the Epic Games Store. For access to the private beta, which will occur Feb. 7 to 10, sign up via the game’s official website.