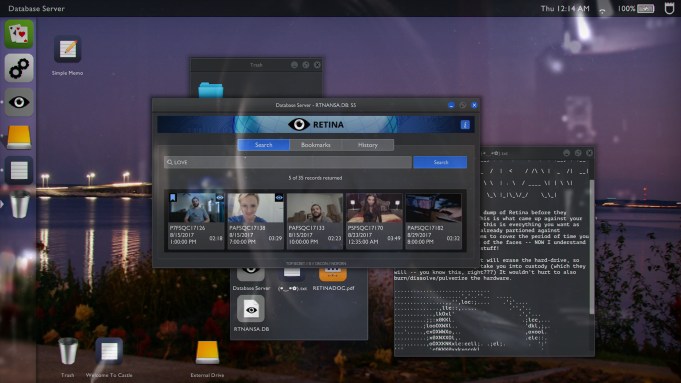 Sam Barlow and Annapurna Interactive debuted the first teaser trailer for “Telling Lies,” the all-new narrative adventure from the creator of “Her Story” on Wednesday.

“Telling Lies” adopts a similar format to “Her Story” and will “explore the extend to which we can ever truly know those we love.” The cast currently includes names like Logan Marshall-Green, Alexandra Shipp, Kerry Bishé, and Angela Sarafyan.

The game finds players tasked with sifting through an anonymous laptop loaded with a stolen NSA database rich with footage. The footage spans two years in the lives of four people, whose stories intertwine throughout the course of the narrative. By entering special search terms into the database, players must work to string together clips and clues to figure out what happened before it’s too late. It will feature thrilling elements with non-linear storytelling and secretly recorded video conversations that will need to be discovered and analyzed.

This is the same way players had to approach “Her Story,” which focused on a single character’s testimony about her husband’s disappearance. The award-winning title had players investigating police footage and examining her statements to figure out if the husband had been murdered or if he had simply vanished.

“Telling Lies” is on schedule for release later this year, and can be added to Steam wishlists now.