‘Super Mario Maker 2’ Has an Intimidating Amount of Customization Options 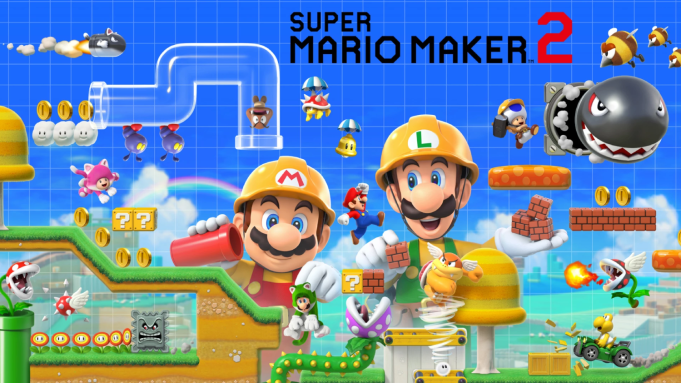 Nintendo revealed a ton of new details about its upcoming side-scrolling platformer/level builder “Super Mario Maker 2” during a special Direct video presentation on Wednesday. The game officially launches on Jun. 28 with a staggering amount of customization options for budding creators.

Among the game’s many new tools, parts, and features is a story mode with more than 100 original courses created by Nintendo developers. The narrative, which can be played entirely offline, focuses on Mario’ attempts to rebuild Princess Peach’s castle. But, rebuilding costs money. As Mario completes jobs (a.k.a courses), he earns coins. As the castle’s reconstruction progresses, he also encounters new characters who can offer even more jobs.

Other notable new features include additional themes (Desert, Snow, Forest, and Sky) featuring new music from veteran Nintendo composer Koji Kondo. A new Moon course part can be used to unlock night versions of these themes. The nighttime themes all have strange effects, such as floating Goombas, sandstorms, and transformed items.

Of course, there are plenty of new course customization options as well. “Super Mario Bros. 3’s” Angry Sun is being added to the series, along with slopes, snake blocks, seesaws, swinging claws, on/off switches, dry bones shells, and a whole lot more. Players can also set clear conditions for their courses, and they can create them co-cooperatively using a single Nintendo Switch console.

Players who want to create and share courses via the internet will need a Nintendo Switch Online membership to do so. “Super Mario Maker 2’s” multiplayer is contained within the Course World hub. This is where players can upload or download levels and leave comments for others. They can browse popular courses, new courses, or search using specific tags. Once a course is downloaded it can be played at anytime, Nintendo said, even offline. Everyone using the Course World hub has a maker profile with an in-game Mii avatar. Players who complete certain objectives can earn cosmetics for their Mii’s like shirts and hats. Players can also join up for versus and co-op multiplayer modes via the hub. Up to four players with Nintendo Switch consoles and a copy of “Super Mario Maker 2” can set up a virtual room locally and play together. Only the person setting up the room needs an internet connection, Nintendo said.

Nintendo is offering a special limited-time deal for Switch Online members. For $99, they can buy a set of Nintendo Switch Game Vouchers from the eShop. Then, they can redeem them for two eligible digital titles, saving them up to $20 on the combined suggested retail price of the two games. The vouchers are redeemable for one year from the date of purchase and don’t have to be used at the same time.

Finally, Nintendo revealed it plans to hold an event called the Super Mario Maker 2 Invitational on Jun. 8. Four members of the “Super Mario Maker” community will compete in a variety of courses designed by the Nintendo Treehouse team. It begins at 11 a.m. PT at The Theatre at the Ace Hotel in Los Angeles.