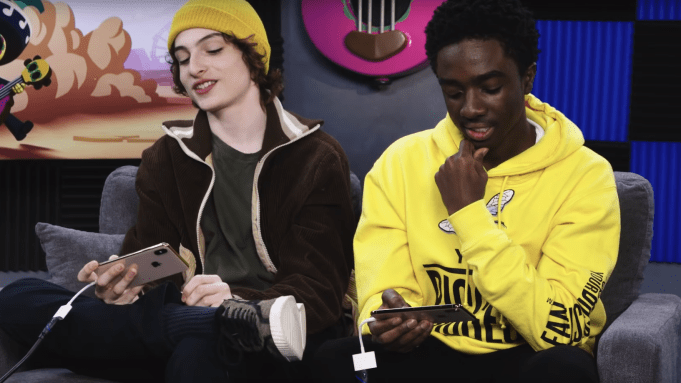 Two actors of “Stranger Things” fame will appear on the first episode of “Brawl with the Stars” on Friday, according to a press release.

Finn Wolfhard, who plays Mike Wheeler in the hit Netflix series, and Caleb McLaughlin, who portrays Lucas Sinclair, will battle it out in the first episode— a mobile game battle, that is.

In this new show, celebrities play a rapid-fire tournament of the mobile game “Brawl Stars,” along with host Chief Pat, who is Tribe Gaming’s CEO and founder, an esports organization.

You can watch the first episode right here on Variety, below:

“Brawl Stars” is a mobile game from Supercell, developer of “Clash Royale” and “Clash of Clans.” In the last four months since launch, “Brawl Stars” has been downloaded over 75 million times.

“Brawl Stars” is a free to play title with purchasable add-ons, and is currently available for both iOS and Android devices. The mobile game notably made over $150 million in its first 90 days.

The third season of “Stranger Things” is coming July 4 to the popular streaming service, Netflix.

Be sure to also check out this preview of “Stranger Things 3: The Game,” which is a 16-bit retro-style video game based on the events of season three, also coming July 4.