Meet the Playable Cast of ‘Stranger Things 3: The Game’ 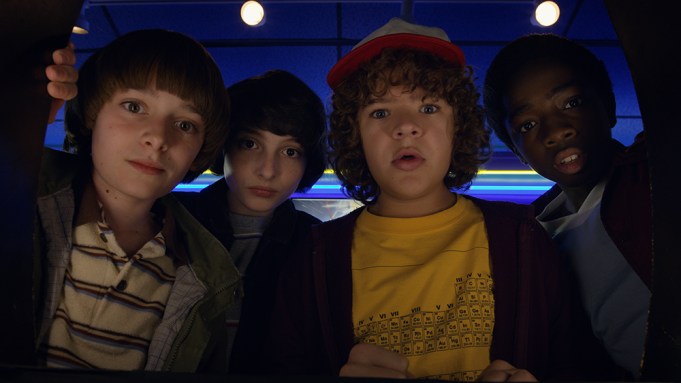 Netflix has released the first official gameplay trailer for the upcoming retro-styled adventure game “Stranger Things 3: The Game,” a companion game for the next season of the popular series, giving a closer look at the 12 playable characters available for co-operative play.

The video gives a closer look at “Stranger Things” veterans Dustin, Steve, Billy, Jim, Joyce, and the full cast of 16-bit playable characters from the show, breaking down their unique abilities and stats. “Stranger Things 3: The Game” features drop-in/drop-out local co-op, or alternatively solo gameplay which allows the player to use “buddy commands” to control both characters. Watch the video in full above.

“Stranger Things 3: The Game” will allow both single-player and co-op, and it gives players the chance to explore the town of Hawkins for themselves. The game was announced in December by Stranger Things creators the Duffer brothers at The Game Awards. The game is coming to the Nintendo Switch, Xbox One, PlayStation 4, Mac, and PC on July 4.

Developed by game studio BonusXP, the company that previously made “Stranger Things: The Game” for mobile between Seasons 1 and 2, “Stranger Things 3: The Game” launches the same day the show goes live, and features the same storyline. “With this one, we wanted to go bigger,” said game director Dave Pottinger to Variety in March. “So it’s a larger, more inclusive experience. It will have all of the season’s content and places, where true fans can dive into the things that happen off-screen.”