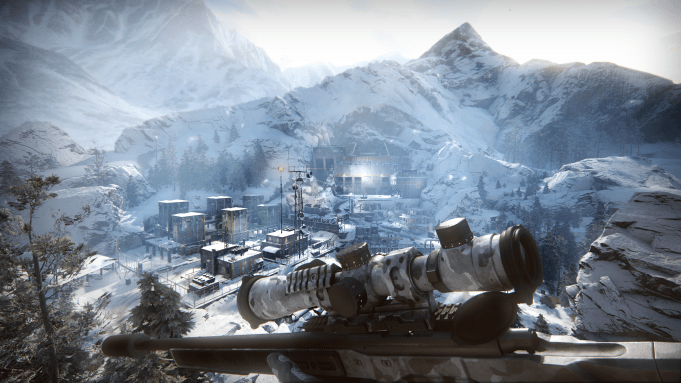 The teaser introduces players to the game’s snowy Siberian wilderness as a sniper carefully takes out about a handful of enemy soldiers. But, he isn’t the only hunter on the field.

As mentioned, CI Games will be at this year’s E3, which takes place Jun. 11-13 at the Los Angeles Convention Center. There it will give “Sniper Ghost Warrior” fans a peek at “Contract’s” gameplay. This latest title takes the series in a new direction by offering up tense, mission-based scenarios on dense, more focused maps, the developer said. It has intense environmental obstacle befitting its Siberian setting. Meanwhile, it uses the eponymous contracts system to provide open-ended missions that can be completed in a number of ways. There are also countless side missions that reward players with extra cash for upgrading their loadouts. CI Games is also promising a more optimized game engine that minimizes load times and maintains a stable frames per second.

The studio is also taking community feedback into consideration while working on “Contracts.”

“It is exciting to see the team really motivated and working hard on our next sniping game,” said CI Games CEO Marek Tymiński during the game’s official announcement in August 2018. “They don’t have to start from scratch this time and can now – on top of developing new content – spend way more time on improving things they already have.”

“We were too ambitious in terms of the scope of ‘Sniper Ghost Warrior 3,’ but we’ve learned from our missteps,” he added. “‘Sniper Ghost Warrior Contracts’ will be more focused on emergent gameplay with an open-ended mission design that the team feels strong about, but it will not be set in an open world. It is going to be a more tactical, more condensed experience and the game will offer plenty of replayability, both on the single player campaign and on the multiplayer modes.”

“Sniper Ghost Warrior Contracts” is set to launch on PC, PlayStation 4, and Xbox One later this year.