‘Skyworld’ For PSVR Coming This Month 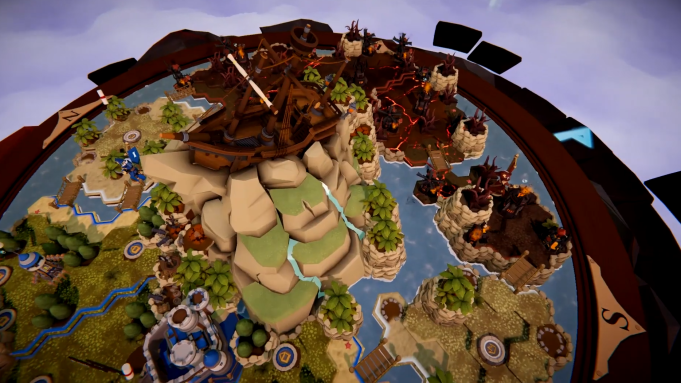 “Skyworld” for PlayStation VR is launching on March 26, according to a press release.

The VR strategy game allows players to build their own kingdom and then protect it in turn-based gameplay. “Skyworld” includes a full single player campaign as well as multiplayer online matches.

“Players control the tides of war with a unique hybrid gameplay system of turn-based management, deck building, and fast-paced, real-time battles,” the press release stated. “By harnessing a strategic combination of the 16 available units, Skyworld players can build a deadly and specialized army with everything from archers and snipers to siege tanks and flying fortresses.”

The floating Skyworlds have magical cores at their center which demons are trying to take for themselves, which is why the Skyworlds are at war.

“Skyworld” is currently available to play on Steam with VR headsets Oculus Rift, HTC Vive, and Windows Mixed Reality. The game has “Very Positive” reviews on its Steam page since its release in 2017.

The release of “Skyworld” on PSVR comes with all-new features, according to the press release. Players will be able to earn experience in matches as well as from daily challenges, which can also lead to players unlocking special avatars. “Skyworld” will also have PSVR leaderboards which players can compete to earn a spot on.