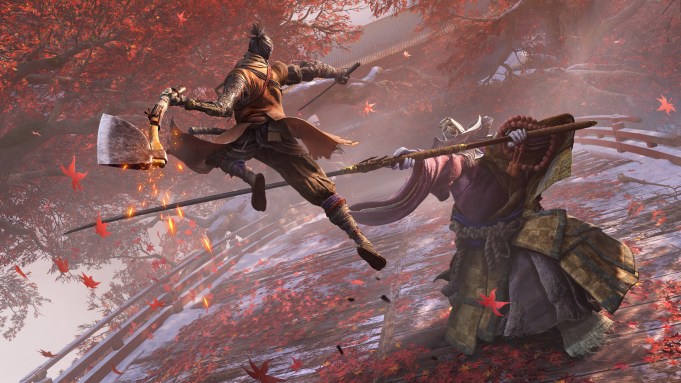 FromSoftware released the latest story trailer for “Sekiro: Shadows Die Twice,” the next game from the developer behind “Bloodborne” and the “Dark Souls” series.

In “Sekiro: Shadows Die Twice,” players explore Sengoku Japan during the late 1500s, “a brutal period of constant life and death conflict,” reads its synopsis. “As you come face-to-face with larger than life foes in a dark and twisted world. Unleash an arsenal of deadly prosthetic tools and powerful ninja abilities while you blend stealth, vertical traversal, and visceral head-to-head combat in a bloody confrontation.”

From Software teased “Sekiro: Shadows Die Twice” at the 2017 Game Awards. “There is an old Japanese term for someone who is missing a limb, which is sekiwan,” said producer Robert Conkey at the time. “‘Seki’ is from that word. ‘Ro’ means wolf. It translates to ‘one-armed wolf,’ which is not the hero’s name per se, but it describes him.”