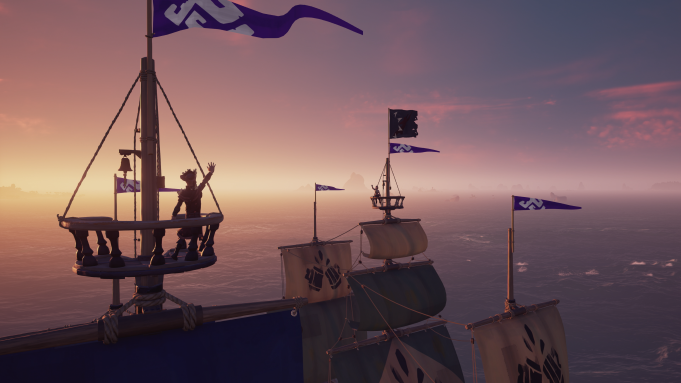 Rare’s online pirate game “Sea of Thieves” is celebrating its one-year anniversary with a large content update, the developer announced on Wednesday.

The Anniversary Update launches on Apr. 30 and adds a new, epic storyline called “Tall Tales — Shores of Gold” that will delve deeper into the game’s pirate lore. It features all-new characters, undiscovered locales, and new gameplay features, Rare said. Some characters and locations from the expanded game universe appear in Shores of Gold as well. Rare said it plans to release even more Tall Tale in the future.

Meanwhile, pirates who want to test their mettle can do so in “Sea of Thieves” new competitive mode, the Arena. Rare announced it’s working the Arena in November and has apparently decided to bundle it with the other anniversary content. Players in the Arena can pit their ships and crews against others, then share some grog in the Glorious Sea Dog tavern, home to a new trading company led by characters from the “Sea of Thieves” comic series.

There’s also a second new trading company on the way called The Hunter’s Call, and it’s bringing fishing and cooking to the online game. It will reward gold and cosmetics, as well as offer another path for players to reach the Pirate Legend rank.