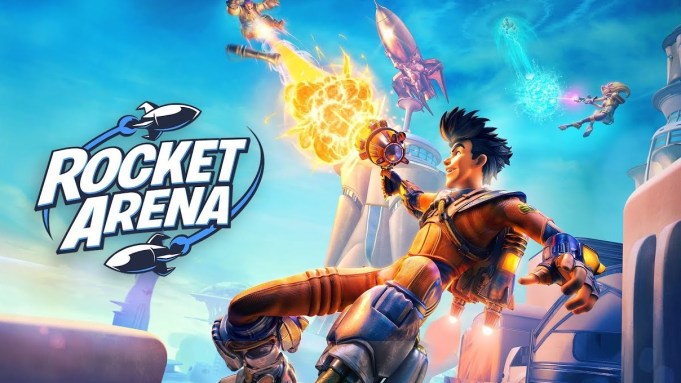 Nexon America has a brand-new multiplayer shooter called “Rocket Arena” and it enters closed beta on PC next week, the publisher announced on Thursday.

The beta testing takes place from May 23 through May 29 via the Nexon Launcher and Steam. It will have a selection of six maps, four game modes, and six characters, Nexon said. People interested in participating can sign up on the game’s official website. Once they get an invite and start playing, they can earn cosmetic rewards for use after the game’s official launch.

“Rocket Arena” is being developed by Final Strike Games and features 3-vs.-3 battles, a roster of colorful characters, and more. It’s set in a fictional world called Crater, where combatants take part in a never-ending competition called the Rocket Championship Tour. During the matches, which are designed to last only five minutes, players are equipped with a blast meter that increases every time they’re hit with rockets. When it reaches the critical point, they become vulnerable and can be knocked off the map, but they’ll quickly return and rejoin the action.

“We developed ‘Rocket Arena’ with high-quality gameplay mechanics, superb controls, and the network code required of an online FPS. ‘Rocket Arena’ is an intricate shooter at its core, complete with a marvelous world, colorful characters, and ridiculous rockets,” said Kevin Franklin, founder and CEO of Final Strike Games. “Nexon shared our vision for ‘Rocket Arena’ and provided the resources and expertise to realize our goal. The result is a game that our team is exceptionally proud of, and look forward to playing every day.”

“Rocket Arena” is coming to PC and Xbox One at launch, and it will have cross-platform play, Nexon said. A PlayStation 4 version is also in development.