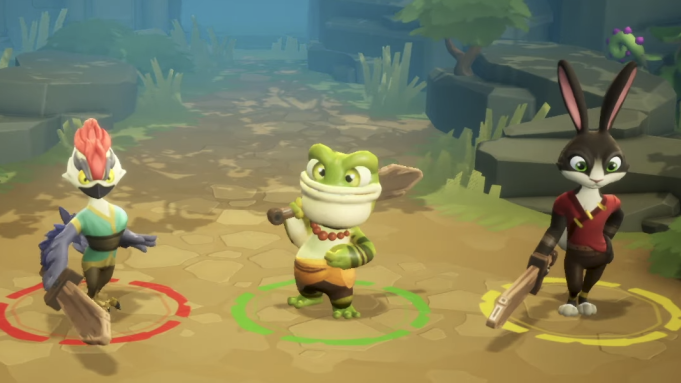 The announcement came as a part of Sony’s first ever State of Play broadcast.

Described as a fast-paced multiplayer game, the twist for this dungeon crawler is that as you are making your way through the dungeon, so is another team. Reaching the end of the dungeon triggers a brawl between the two teams. So, if you got through it fast, you’ll be more powerful when it comes time to take on the other team.

With cute characters to pick from, this dungeon crawler looks like a fun ride. Sony says the combat feels “crunchy,” so if you want to see what they mean, you’ll have to wait until later this year when the game comes out. There’s no specific release date just yet, so stay tuned.

Sony is showing off new titles and footage of already announced games for PlayStation VR and PlayStation 4 on Monday. Want to watch for yourself? You can, right here at Variety.

Sony also showed off VR titles during its State of Play stream on Monday, including “Iron Man VR,” “No Man’s Sky VR” and “Five Nights at Freddy’s VR: Help Wanted.“