‘Raising Kratos’ Documents the Making of ‘God of War’ 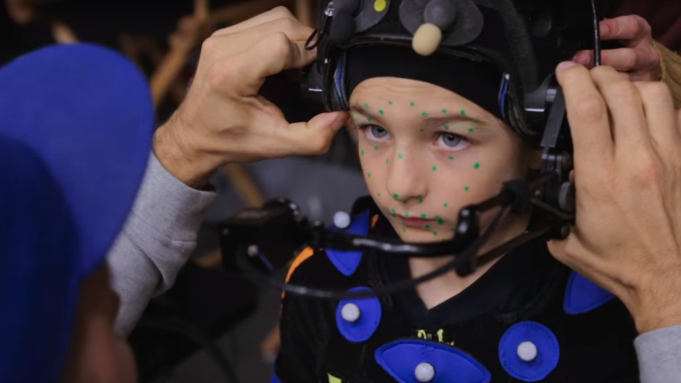 An upcoming documentary, “Raising Kratos” looks at the five year long effort that was the making of “God of War,” PlayStation revealed via an announce trailer on its YouTube channel on Saturday.

The documentary reveal comes just after the one year anniversary of “God of War”.

“Facing an unknown future, Santa Monica Studio took a massive risk, fundamentally changing their beloved franchise and re-establishing their rightful place in video game history,” the description for the announce trailer stated. “More than just a ‘making of,’ this cinematic journey of second chances rooted in family, sacrifice, struggle and doubt follows game director Cory Barlog and those who chase perfection in art and storytelling.”

The trailer shows the tension behind making the fourth”God of War” game, mostly in the form of creative director Corey Barlog speaking over footage of developers working and the motion capture process. Christopher Judge (Kratos) and Sunny Suljic (Atreus, aka “boy”) appear in several of these shots.

Besides showing the behind the scenes of “God of War,” the documentary seems to capture the mood at Santa Monica Studio while making the game.

“Doubt is the demon that lives in the ear of every person in this industry,” Barlog said in the trailer, as the camera looks over a 2016 op-ed saying it’s time for Kratos to die off. Doubt was a common companion to Barlog during the making of “God of War,” as the director revealed in a Game Developers Conference panel last month.

Of course, that was before “God of War” released in 2018 and would sell over 3.1 million copies in its first three days of release, and would then go on to win five BAFTA awards and won Game of the Year at the GDC Game Awards.

“Raising Kratos” will be coming “soon” to the PlayStation YouTube channel.