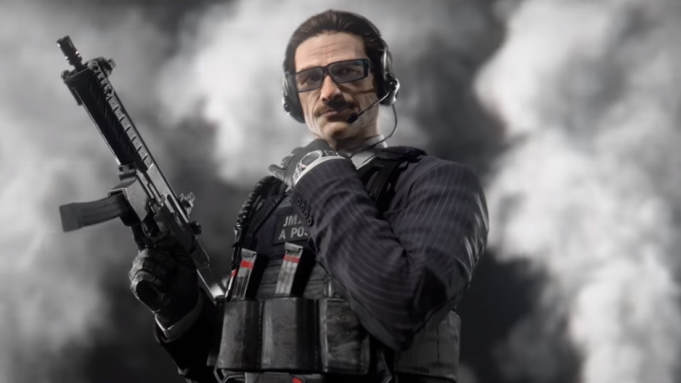 Ubisoft is teasing the start of “Rainbow Six Siege’s” Year 4 Season 2 by giving fans a sneak peek at some of the operators coming to the online tactical shooter.

The latest teaser is for a dapper looking defender named Collinn “Warden” McKinley. “Hailing from the state of Kentucky, McKinley rose through the ranks of the Marines before he found his calling for close-protection detail in the Secret Service. He demonstrated his skills distinctly when he led the Secretary of State to safety, during an attack where hostiles outmaneuvered all prior planning,” Ubisoft said. “His tendency to follow his gut and his unshakable confidence have proved that he is in a league of his own. It’s no wonder that he was recommended by high-ranking government officials. Now that he is part of the team, he faces a new challenge: to determine if his skillset and iron will remain unparalleled when faced with specialists of his own caliber.”

Warden’s special ability, or gadget as it’s called in-game, is the Glance Smart Glasses. They reflect the nature of his natural talent, Ubisoft said, to see what most cannot in order to gain the upper hand in any given situation.

A second operative was teased on Wednesday. The mysterious Nøkk is an attacker who specializes in infiltration and intel gathering. Her gadget, the HEL, allows her to turn invisible.

The Year 4 Season 2 update is called Operation Phantom Sight. Ubisoft will fully reveal what’s coming in the downloadable content during the Pro League Finals in Milan on May 19.