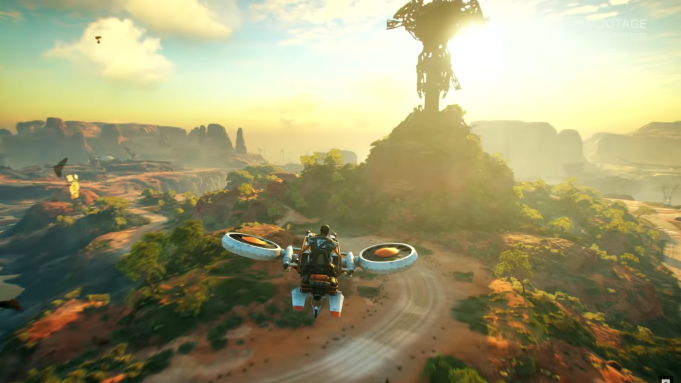 The trailer reveals stunning visuals in almost 10 minutes of footage, and gives players a glimpse of what they can expect in the upcoming game, developed by Avalanche Studios and id Software. While there’s tons of chaotic first-person shooter action, the trailer also shows off use of a flying vehicle which looks undeniably fun.

This trailer also gives a slight sense of the size of the open world, as you see multiple areas ready to be explored in what Bethesda claims to be a “carnival of carnage where you can go anywhere, shoot anything, and explode everything.”

The upcoming game takes place 30 years after the event of “Rage,” and the world of the game is no longer a wasteland. Players new to “Rage,” though, should not feel that they have to play the first game to enjoy this new title.

“If players have not played ‘Rage 1,’ or are unfamiliar with it, they should not be afraid of ‘Rage 2,'”  Tim Willits, id Software’s studio director said. “We will lay out the backstory of the first game and give players all the information they need to play ‘Rage 2′.”