NetEase Buys Minority Share of Quantic as Company Expands to Mobile, Other Platforms 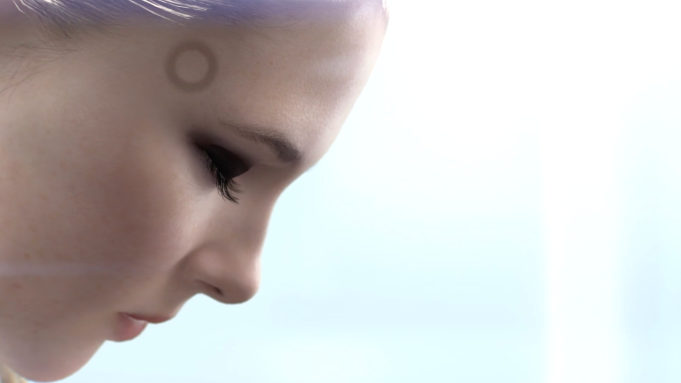 NetEase Games, the online games division of one of China’s largest internet companies, acquired a minority stake in Quantic Dream, the developer behind “Heavy Rain,” “Detroit,’ and “Beyond,” the companies announced Tuesday.

In the exclusive video above Chloe from “Detroit: Become Human” explains what the deal means to the company. Quantic Dream chief executive officer and creative director David Cage told Variety that he will personally remain the primary shareholder and that co-CEO Guillaume de Fondaumière will continue to manage the studio.

“There will be no changes with the governance of the company, as the objective of NetEase is to engage in a meaningful partnership with us,” he said. Adding that the investment will be used to support the company’s “vision of becoming a global, multi-franchise entertainment company, and to develop advanced technologies and games for the future.”

Cage cited the 22-year history of Quantic Dream when asked what future plans the company has for the money. He noted the company’s work creating new IP with a diverse selection of publishers, developing an in-house game engine and performance capture studios.

“We also revitalized an interactive storytelling genre that was almost completely abandoned, and demonstrated that there was a market for these games,” he wrote in the email interview. “And from this, we have leveraged fantastic creative opportunities in developing stories in which the player is the hero. Throughout our existence, our goal has been to create thought-provoking experiences that could engage emotionally with players in a very unique way. We now have the support of millions of gamers around the world who enjoy the stories we tell.”

As with many leaders in the game industry, Cage sees video games undergoing significant changes in the coming years with “new platforms, technologies, ways of playing, business models and major companies investing in the sector. It is definitely going to be a very exciting moment for the industry, with many opportunities for those who will come with the right strategy and partners.”

The hope is to work with NetEase to prepare for that future, he wrote, capitalizing on what the studio has created over the past two decades and playing an active role in the next evolution of the industry.

“We want to leverage the strengths of the studio and move up in the value chain while remaining independent, but also develop synergies that will make both Quantic and NetEase stronger,” he wrote.

When asked if there were plans to bring their games to mobile with the help of NetEase, de Fondaumière said that the company wants to make its games accessible to a wider audience.

“Our objective is to be present on all platforms where there is an audience that can enjoy our experiences,” he wrote. “We will, of course, continue developing on PlayStation, a platform that we know very well after having worked with Sony for 12 years, but we will also be present on all other relevant platforms.”

The investment from NetEase comes one year after three French news outlets published the results of a joint investigation that alleged a culture of sexism, racism, overwork at Quantic Dreams. Citing numerous employees, the reports named Cage and de Fondaumière as the perpetrators of the behavior.

At the time, both denied the allegations with calling them “ridiculous, absurd, and grotesque.” Quantic Dream also filed a suit against two of the outlets and threatened the others.

When asked about the current status of the legal actions and if the company has done anything to address the concerns of harmful studio culture and toxicity in the company, de Fondaumière said Quantic Dream doesn’t “comment on former staff assertions and as we stated before, we categorically refute these allegations. What we can say is that our team has always been and remains united and everyone is thrilled about the recent studio evolutions.”

“We don’t pretend to be a ‘perfect’ company – no company is. But we do work hard and will continue to do so, every day, to offer our team an enjoyable work environment, good compensation – in particular paying overtime when extra work is necessary at the end of a project – and inspiring projects to work on.

“Quantic Dream is a studio where everyone regardless of nationality, race, genre, sexual orientation or belief can express themselves freely. And this is why we have such a high average seniority (8+ years), and a very diverse team reflecting these values.”

In regards to the allegations made against Quantic Dream, NetEase Games’ Zhu told Variety that “a company of our size and stature doesn’t make investments lightly, and we have of course taken great care in analyzing all aspects of Quantic Dream, in particular, the studio culture. This is very important for us, as we take great care of these matters in our own company. We have been able to spend time with the Quantic Dream team, to get to know the studio culture, and we have seen nothing that points to any of the allegations published by certain press.”

NetEase Games is the online games division of NetEase, Inc., one of the largest internet and video game companies in the world. The company’s other partnerships include Blizzard Entertainment and Microsoft’s Mojang AB.  Ethan Wang, vice president of NetEase, Inc, said Quantic Dream’s “excellence in interactive storytelling and the valuable expertise it has built over the past two decades is exactly what we have been looking for.”

Quantic Dream’s latest game, 2018’s “Detroit: Become Human,” sold more than two million copies as of December and has been nominated for four DICE Awards including adventure game of the year.

“We have been absolutely thrilled by the positive reception that ‘Detroit: Become Human’ has received worldwide, which has translated into our studio’s biggest commercial success so far, in particular in North America, Japan and across Asia,” de Fondaumière told Variety. “We are also delighted by the incredibly positive community that the game was able to bring together around the world. This community is very active and their support inspires us every day. Thanks to this vibrant community that we are able to express ourselves on this medium for the past 22 years. This is also why we created a short video for our fans regarding this announcement, to thank them for making the success of the company for 22 years, but also to tell them that Quantic Dream will keep working with the same passion and respect for gamers.”