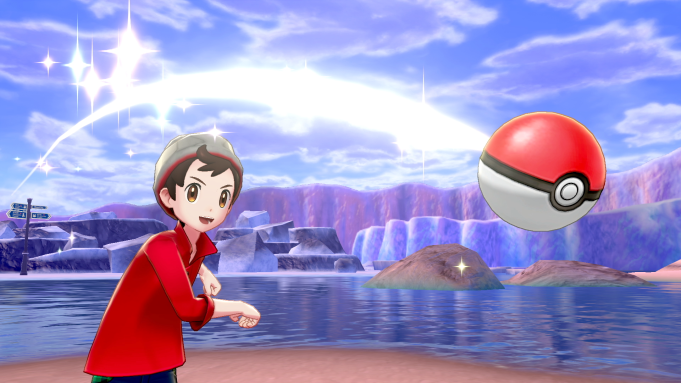 “Pokémon Sword and Shield” for Nintendo Switch were announced during Wednesday’s Nintendo Direct.

The Pokémon Company CEO Tsunekazu Ishihara introduced the two new titles during the presentation. The games will take place in the Galar region, an expansive area with “diverse” environments including cities, forests, lush countrysides, and “craggy,” snow-covered mountains. Players will visit various gyms in Galar while working to become Pokémon Champions.

There are three new starter Pokémon in the Galar region: the Chimp Pokémon Grookey, the Rabbit Pokémon Scorbunny, and Water lizard Sobble. Grookey is a Grass-type that’s “mischievous” and full of curiosity. Scorbunny is a Fire-type that loves to run around. Sobble is a Water-type that can shoot out watery attacks as it takes shelter and hides itself in the water. There are additional monsters still to come in-game beyond the three starters revealed during the presentation as well.

One important aspect of the new “Sword and Shield” footage is what appears to be the revival of traditional battle mechanics. As seen in the new trailer, it appears the games are bringing back random encounters, which weren’t seen in “Pokémon Let’s Go.”

“’Pokémon Sword’ and ‘Pokémon Shield’ are the latest exciting adventures in the ‘Pokémon’ video game journey that began twenty-three years ago on this day,” said Ishihara. “Since then, Trainers around the world have discovered new Pokémon, engaged in epic battles, and made countless memories along the way. We look forward to continuing this journey by exploring a stunning new region in the Pokémon universe when the games launch later this year on Nintendo Switch.”

Nintendo’s extremely short “Pokémon”-themed Direct video began promptly at 9 a.m. ET on Wednesday, where the news was shared. Ahead of the Direct, Nintendo didn’t offer any clues as to what would be showcased.

The latest “Pokémon” titles to have been released were November 2018’s “Pokémon: Let’s Go, Pikachu!” and “Let’s Go, Eevee!” for the Nintendo Switch, both enhanced remakes of the 1998 Game Boy title “Pokémon Yellow: Special Pikachu Edition.” The games featured a pared-down interface, the removal of random encounters, and a much more streamlined approach to trainer battles, exploration, and even organizing Pokémon.

Fans had been patiently waiting for news on the upcoming eighth-generation “Pokémon” title that Nintendo first announced at E3 2017. It’s set to be a “completely different game” than the “Let’s Go” series, and was reportedly targeting a 2019 release.

It’s been a busy week for “Pokémon” fans, otherwise. Wednesday marked the 23rd anniversary of “Pokémon,” heralded as “Pokémon Day” across social media. On Tuesday, a new trailer for the upcoming live-action film “Detective Pikachu” debuted, which gave viewers their first look at Mewtwo’s new CG look in addition to more footage of the upcoming movie, which is set to hit theaters on May 10.

“Pokemon Sword and Shield” is targeting a worldwide release on Nintendo Switch in late 2019.