Continue to Variety SKIP AD
You will be redirected back to your article in seconds
Jun 5, 2019 6:16am PT 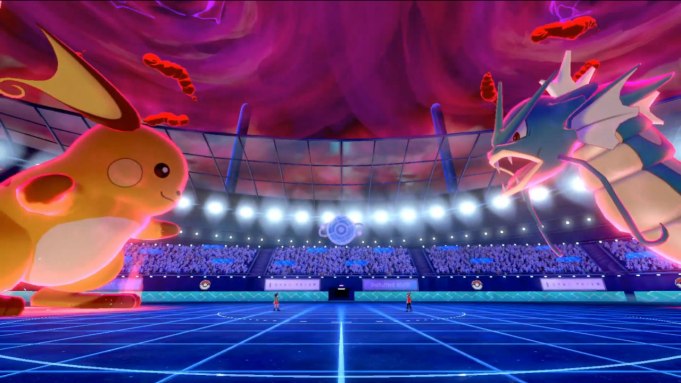 This new RPG from developer Game Freak will feature an open world in which up to four players can raids against giant wild Pokemon across the Galar region. The giant Pokemon exist out in the wild and require all four players to take down. Players can also make their own Pokemon enormous with a phenomenon called Dynamax. This makes them massive in size and boosts their power, turning all their original moves into power moves. However, a player’s Pokemon will return to normal size after three turns. In these Max Raid Battles against giant Pokemon, only one player out of four will be able to Dynamax their Pokemon which adds an element of strategy to the battle.

While “Pokemon Sword and Shield” will feature Pokemon you are already familiar with, new areas of the world will feature never-before seen Pokemon. This includes creatures like the Wooloo, a sheep-like character with fluffy fur that can be made into cloth. Gossifleur is a new flowering Pokemon who favors places with clean air and water, and whose pollen has healing properties. When she evolves, she becomes Eldegoss, a cotton bloom who releases seeds that revitalize both people and Pokemon. Drednaw is a particularly difficult new Pokemon who can bite off chunks of rock and iron. Corviknight is a new crow-like Pokemon who functions as a flying taxi and who will take you back to the previous town.

Additionally, the Wild Area of the Galar region stretches between cities and is filled with a variety of different Pokemon who appear depending on where you are and what the weather is like. The player has control over the camera which helps the search of certain locations, while the game also features stadiums in which gym leaders go head to head against challengers.