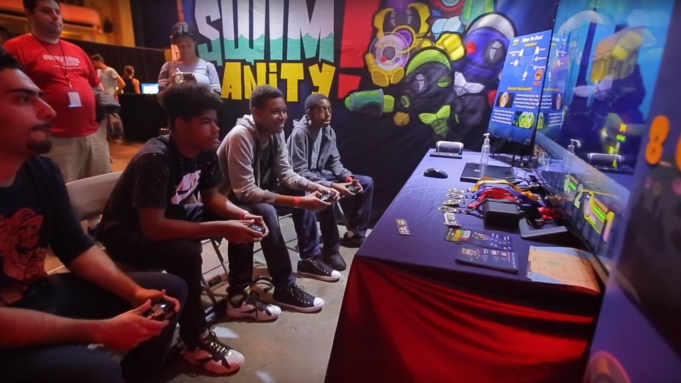 The third annual Play NYC event is planned for August, and is bringing game debuts and interactive installations to the Big Apple, organizer Playcrafting announced Thursday via a press release.

The two day event is New York City’s largest game convention, and this year it’s coming to the Metropolitan Pavilion on August 10 and 11.

Upcoming and established game studios are coming to the event to show off what they’re working on, according to the press release. Playable demos will be at the various booths, including the Bose AR-cade, which gives players a “heads up, hands free” augmented reality gameplay experience.

The convention’s organizer and founder and CEO of Playcrafting Dan Butchko commented on the growth of the event in the press release.

“In 2017, we gave NYC its first dedicated game convention,” Butchko said. “In year two, we took everything to the next level, doubling the number of exhibitors and games, expanding our live stream with the biggest names in the industry, and more.

“Gaming keeps growing in the U.S. because of its talented community of creators and fans. This year, we’re going back to our roots, ensuring everything about Play NYC – from the look of the show to its hundreds of playable booths – reflects, celebrates and creates opportunities for creators and fans to unite through the power of games.”

Playcrafting, the organization behind the event, has grown tremendously as well. It started as a Meetup group 10 years ago and is now a network of game developers that boasts a partnerships with Bose and even previously partnered with Facebook, Verizon, and IBM.