‘Out of This World’ Developer Reveals ‘Paper Beast’ for PSVR 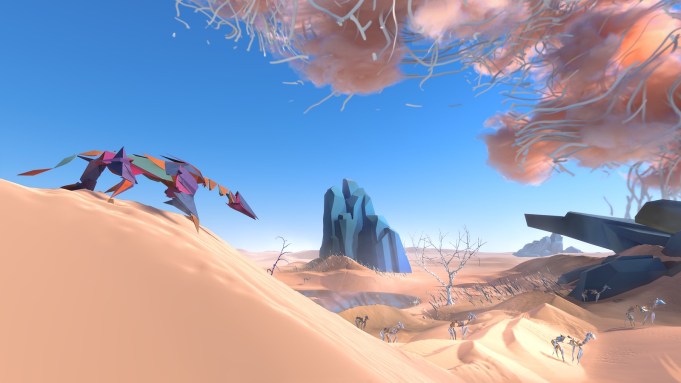 “Paper Beast” is a new PlayStation VR game from Eric Chahi, creator of 1991’s “Another World,” which released for U.S. gamers as “Out of This World.”

The upcoming VR game looks a sight different from “Another World,” and is being developed by Chahi’s new studio, Pixel Reef. Set inside a world comprised of data, it explores a place where the internet has been transformed into a living, breathing setting rife with digital life forms – animals, even, that you can discover while roaming through “decades of lost code and algorithms.”

“We wanted to reproduce the excitement you might feel as an explorer discovering a virgin land, a place where no human has been before,” wrote Chahi on the official PlayStation Blog announcement.

Players will “start to form delicate bonds” with the creatures they happen upon while exploring “Paper Beast,” and the game will react to both your behaviors and decisions you make while experiencing the narrative, which centers around its special ecosystem. It’s not a “god game,” Chahi notes, but there are some “key ingredients.”

Additionally, there will be no dialogue in the game, opting instead to tell its story through other, nontraditional methods. The usage of spatial VR in the environment is meant to fully immerse players looking to interact with the beings that live there.

“Paper Beast” has been in development for three years, with the team “tirelessly working” to bring it to fruition the entire time, and three people working on its sound alone, for an “outstanding” binaural experience. The game is slated to debut on PlayStation VR soon, but there’s no projected release date just yet.