Continue to Variety SKIP AD
You will be redirected back to your article in seconds
Apr 19, 2019 11:00am PT 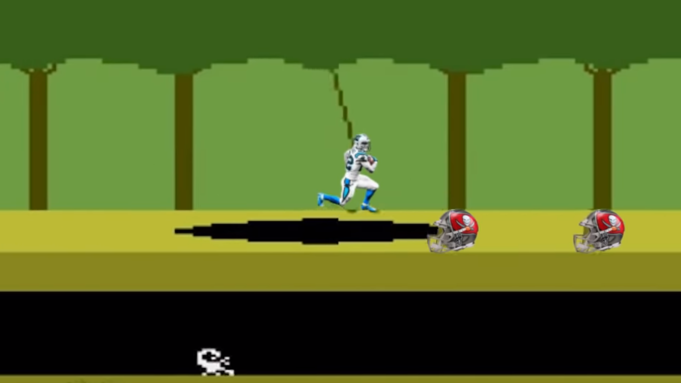 The Carolina Panthers’ released its 2019 schedule promotion video on Wednesday, which makes callbacks to classic games, like “Pitfall” and “Oregon Trail” among other games, shared via YouTube.

The Carolina Panthers are a professional football team in the National Football League (NFL). The team is based in Charlotte, North Carolina.

The promo video shows various football players and Panthers’ references spliced with video game selection screens and even gameplay segments. The schedule for the upcoming Panthers’ season is also displayed in the references. Most of the games and characters featured are throwbacks, from “Sonic the Hedgehog” to “Mortal Kombat” to “Pac-Man” (playfully called “Pac-Cam” for the Panthers’ star quarterback, Cam Newton).

The video also has little snippets of “Carolina” appearing in a mock-SEGA typeface. At the end, the Panthers’ season schedule is displayed in its entirety, along with a note that tickets went on sale for the season on Wednesday.

A few newer games are also featured, including “Pokemon Go” and “Words With Friends.”

You can watch the promo in its entirety above. Keep an eye out for all the retro game callbacks!