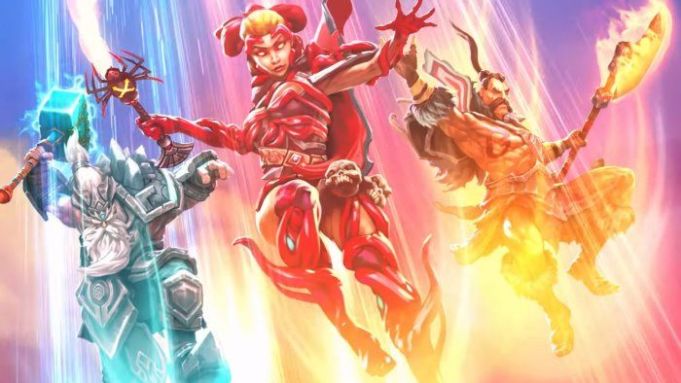 Currently available for $29.99, the game released as a single player experience featuring a five-act campaign with three difficulty levels. Cooperative play will be coming soon, says developer Mad Head Games. Content expansions will also be added to the game in the coming months, including new zones, new enemies and extended storylines.

“With Pagan Online, our goal is to push action RPGs forward. While we stand on the shoulders of the giants of this genre, we’re aiming to give players a fresh hack-n-slash experience that they can come back to again and again,” said Publishing Director at Wargaming Jacob Beucler in a prepared statement. “Early Access is the first step in getting Pagan Online into the hands of players around the world as we continue to refine and polish the title.”

“We are incredibly excited and proud to bring this project of passion into Early Access and can’t wait to hear what players think about what we’ve built so far,” said Uros Banjesevic, Chief Creative Officer of Mad Head Games. “Player feedback is incredibly important to us, and we look forward to working with the community as we continue to expand the game. We want to make Pagan Online a title that ARPG fans can really sink their teeth into and the community will play a huge part in that.”

Earlier this year Variety spoke with Uros Banjesevic, co-founder and creative director at Mad Head Games, who detailed the “Pagan Online” fantasy universe and its inspiration from Slavic mythology.

“It’s not a strange thing we came up with this one,” Banjesevic said. Based in Serbia, Mad Head Games decided to infuse the title with the “stories our grandmothers told us when we were kids. The sort of stories that Western audiences may not be aware of.”