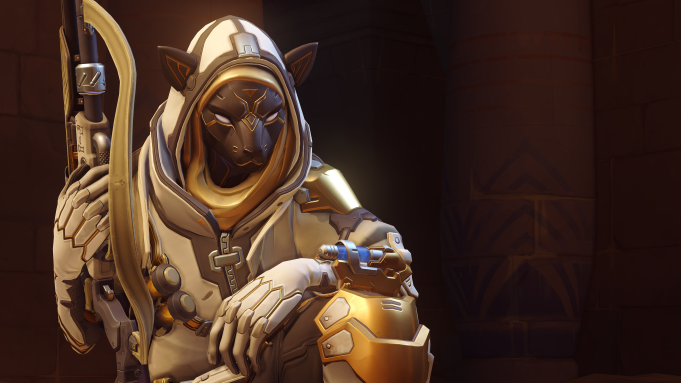 Blizzard announced the event on Tuesday, which will run from Jan. 8 through Jan. 21 and offer a wide variety of unlocks for players to collect. There’s a “special trial” that “Overwatch” faithful can undertake to earn five sprays, a victory pose, a player icon, and an epic Bastet Ana skin. That’s a total of eight new rewards on offer, all inspired by the new “Bastet” short story that debuted on Monday.

The “trial” consists of playing in Arcade mode and winning in Quick Play, Competitive Play to receive these new items. Win three games for a Player Icon, six games for a Victory Pose, and nine games for the coveted Bastet Ana skin.

Unlock Ana-themed cosmetics including sprays, a player icon, a victory pose, and a new epic skin now thru Jan 21.

Players can also tune into Twitch to watch and unlock more Bastet-themed cosmetic items. A new series of Twitch Drops that showcase some of the memorable moments from “Bastet” will be incorporated in the future with participating broadcasters’ streams. You’ll be able to view these streams while they’re playing “Overwatch” at any point through January 21 to earn five new Ana’s Bastet Challenge sprays.

Blizzard also confirmed the “Overwatch” universe’s second LGBTQ+ character in Soldier: 76 with the release of “Bastet,” which depicted the character’s past romance with a dark-haired man named Vincent. Taking to Twitter, lead “Overwatch” writer Michael Chu explicitly stated that both Soldier: 76 and Vincent identified as gay.

In addition to the Ana-centric event, hero skins for the Atlanta Reign, Chengdu Hunters, Guangzhou Charge, Hangzhou Spark, Paris Eternal, Toronto Defiant, Vancouver Titans and Washington Justice are now available for players on all platforms. Players can purchase each skin for 100 OWL tokens.