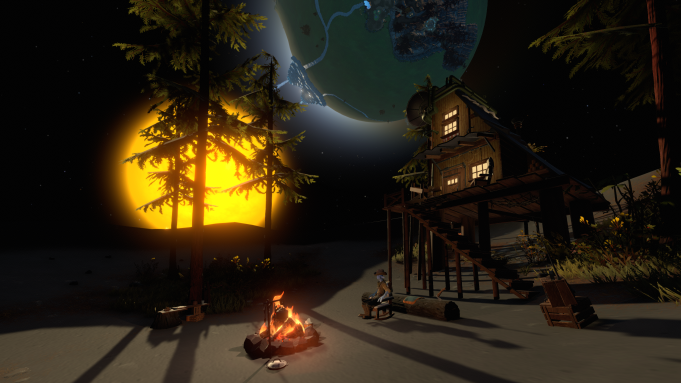 Open world exploration game “Outer Wilds” is coming out at the end of this month, Annapurna Interactive announced Monday.

The final version of the game, which puts players in a repeating 20-minute loop in a time-stuck solar system, is coming on May 30.

In “Outer Wilds,” the player is the newest recruit to a space program, Outer Wilds Ventures. Though the world resets, player knowledge built upon each loop allows new discoveries, and the world itself changes over time.

“The planets of Outer Wilds are packed with hidden locations that change with the passage of time,” a fact sheet for the game stated. “Players can visit an underground city before it’s swallowed by sand, or explore the surface of a planet as it crumbles beneath their feet.”

The alpha of “Outer Wilds” won the Seamus McNally Grand Prize and Excellence in Design in 2015, at the Independent Games Festival. Now, the true test is how the public perceives the final version of the game later this month.

“Outer Wilds” is coming to Xbox One and PC on May 30. The PC version of the game will be available exclusively on the Epic Games Store upon release, with other platforms coming “later,” according to developer Mobius Digital.