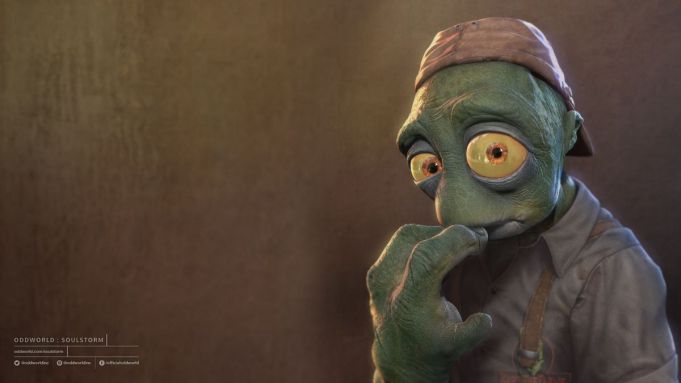 Oddworld Inhabitants released the first look at gameplay from “Oddworld: Soulstorm,” the follow-up to “Oddworld: New ‘n’ Tasty” with a new game trailer.

“Oddworld: Soulstorm” is the second game in what the developer has planned as a penology, following Abe on his “oddysee” in a true sequel to the first game. It picks up right where “New ‘n’ Tasty” ended, where Abe has bested Mollusk the Glukkon, his former boss. After liberating his coworkers from RuptureFarms, he finds himself with 300 Mudokons without food, water, or shelter. When Abe and his new happen upon a bizarre new energy drink called Soulstorm Brew, things appear to look up – but the drink’s sinister implications keep things from being just peachy for too long.

This is essentially the second stage in a reboot of the Oddworld continuity, built from “Oddworld: Abe’s Oddysee,” which debuted in 1997. It was meant as the first game in what would be a five-part series, but that plan quickly unraveled. After several sequels, it was finally time to reboot the story with “Oddworld: New ‘n’ Tasty.” This entry will feature an evolved version of the classic 2.5-dimension style from the original “Oddworld,” as well as a bushel of other surprises.

Oddworld Inhabitants states that this sequel will continue to explore themes of “environmentalism, capitalism, consumerism, and addiction” for this entry, which is targeting an early 2020 release. It will launch on both PC and consoles upon its debut.