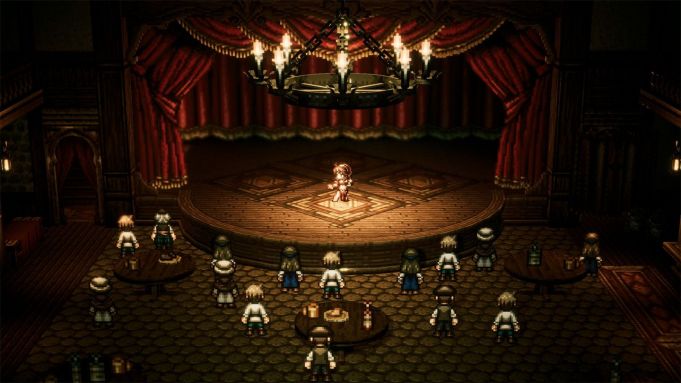 The game has been a Nintendo Switch exclusive since its release in July 2018. This is the first time it’s coming to another platform.

“In ‘Octopath Traveler,’ players will set forth on an epic adventure through the enchanting yet perilous continent of Orsterra, stretching across vast landscapes from lush forests, to desert outposts and snow-swept cathedrals,” Square Enix said in a press release. “Featuring eight distinct characters each with their own tales to enjoy, ranging from journeys of self-discovery to quests for revenge, each traveler will start their journey in a different land so players can steer their own journey depending on whom they choose.”

The game received generally positive reviews from critics who praised its engaging turn-based combat and retro charm, although many also agreed that its unique approach to storytelling doesn’t quite hit the mark. It shipped over one million units globally in less than a month, including Switch eShop downloads, according to Nintendo.

Square Enix accidentally leaked the existence of the PC port last week via a hastily deleted blog post, according to Gematsu.

There’s no word yet on how much the port will cost or whether or not it will come with any additional content.