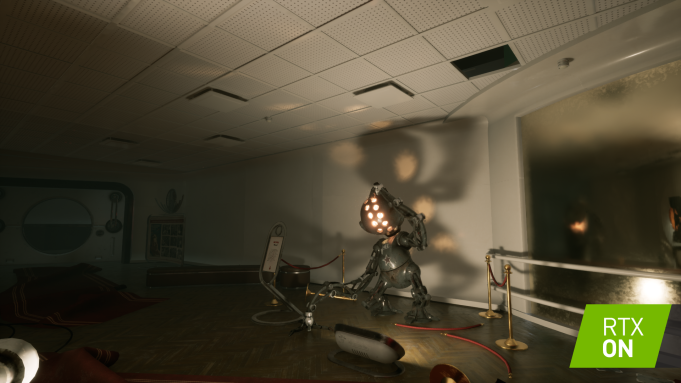 Nvidia explains ray tracing in a video released Thursday, just in time for a new driver for GeForce GTX GPUs and new demos demonstrating the technology, according to a press release.

The explainer video, above, is an in-depth, but still accessible look at what ray tracing technology means for games. Basically, this technology renders illumination, reflection, and shadow in a more realistic looking way, while working faster and more effectively than past technology. It also allows for complex graphics, such as multiple light sources in one scene, to be rendered convincingly in real time.

The video also breaks down how the graphics card renders images in-game, and Tony Tamasi, VP of technical marketing at Nvidia uses “Metro Exodus” as an example.

Nvidia also has three demos with helpful sliders demonstrating the difference of ray tracing technology in “Shadow of the Tomb Raider,” “Battlefield V,” and “Metro Exodus” on its site.

Nvidia previously released a demo for “Atomic Heart,” which made full and impressive use of the ray tracing technology, as well as “Justice” and The Reflections tech demo made with Epic Games and ILMxLAB.

Nvidia is also releasing a new Game Ready Driver on Thursday that will enable those with GeForce GTX GPUs to experience ray tracing for the first time.

“With dedicated RT cores, GeForce RTX GPUs provide up to [two to three times] faster performance in ray-traced games, enabling more effects, higher ray counts, and higher resolutions for the best experience,” according to the press release. “With this new driver however, GeForce GTX 1060 6GB and higher GPUs can execute ray-tracing instructions on traditional shader cores, giving gamers a taste, albeit at lower RT quality settings and resolutions, of how ray tracing will dramatically change the way games are experienced.”

The list of GeForce GPUs that are DXR-capable is as follows:

For more on Nvidia’s ray tracing technology, check out this Variety feature on why the GPU maker’s bet on the technology paid off.