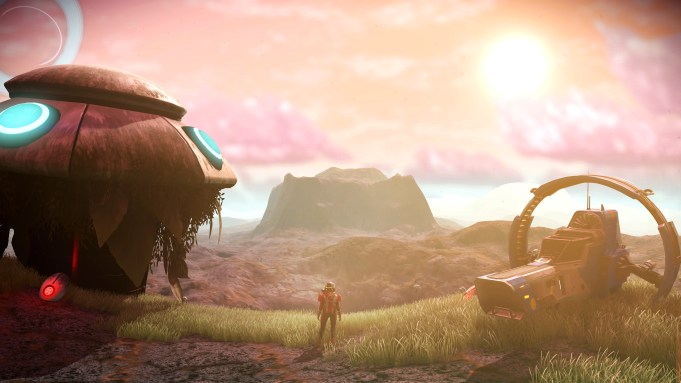 Sony took to its PlayStation State of Play livestream to make the announcement, during which brief snippet of the game shown in first-person view was shown.

Recently, Hello Games took to its official website to announce the next phase of the game’s evolution: “No Man’s Sky: Beyond,” which is poised for a summer 2019 release. It’s set include a new social and multiplayer experience that “empowers players everywhere in the universe to meet and play together.” The new additions won’t require a subscription or contain microtransactions, and will be free for all current players.

The VR option won’t be available as a separate mode, but you will instead be able to play the entirety of the game in virtual reality with “full VR support.”

“By bringing full VR support, for free, to the millions of players already playing the game, ‘No Man’s Sky’ will become perhaps the most owned VR title when released, which is weird to think about,” said Hello Games of the new update. “The team is working so hard to live up to the expectations that creates. We are excited for that moment when millions of players will suddenly update and be able to set foot on their home planets and explore the intricate bases they have built in virtual reality for the first time.”

The “Beyond” update will add in PlayStation VR support for “No Man’s Sky” when it arrives later this summer. it will be