Nintendo: ‘Breath of the Wild’ Sequel Is ‘Now in Development’ 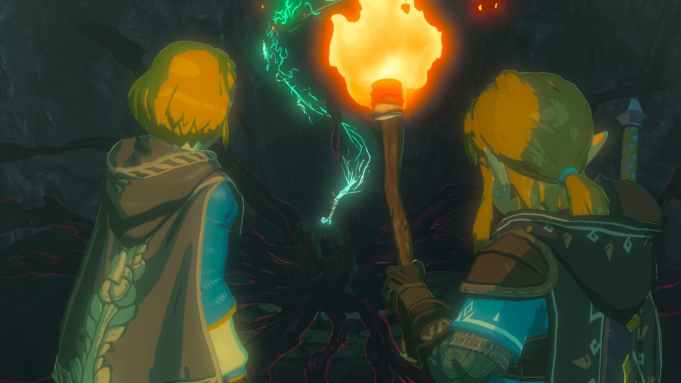 “The sequel to ‘The Legend of Zelda: Breath of the Wild’ is now in development,” Nintendo announced during a livestream on Tuesday.

The developer isn’t giving up any details about the new project just yet, but the teaser trailer offers some clues. For instance, there’s a sinister-looking corpse at what appears to be the center of an underground tomb with ancient markings along the walls. Some magical force resurrects the being just before the trailer ends. Judging by the undead character’s ornamental jewelry and attire, it’s likely they’re either a member of the Gerudo race — maybe regular “Zelda” baddie Ganon? — or one of the ancient vanished Sheikah, whose technology shaped the Hyrule overworld seen in “Breath of the Wild,” specifically. It’s worth pointing out that some of the Sheikah once swore allegiance to Calamity Ganon, the last installment’s main villain.

The existence of a sequel isn’t terribly surprising, but it is a sign that the company understands what its player base wants from the Switch. “After more than two years on the market, Nintendo Switch has appealed to every kind of player with its ever-growing library of games, including notables like ‘The Legend of Zelda: Breath of the Wild,’ ‘Super Mario Odyssey,’ and ‘Super Smash Bros. Ultimate,'” said Nintendo of America president Doug Bowser. “At E3 we’re giving fans a look at what’s in store for the rest of the year and beyond by demonstrating the widespread support for the system from both Nintendo and a wide range of indie and big-name development partners.”

The sequel to The Legend of #Zelda: Breath of the Wild is now in development for #NintendoSwitch! pic.twitter.com/eGKFqceSAo

“Breath of the Wild” was met with universal acclaim upon release in March 2017.