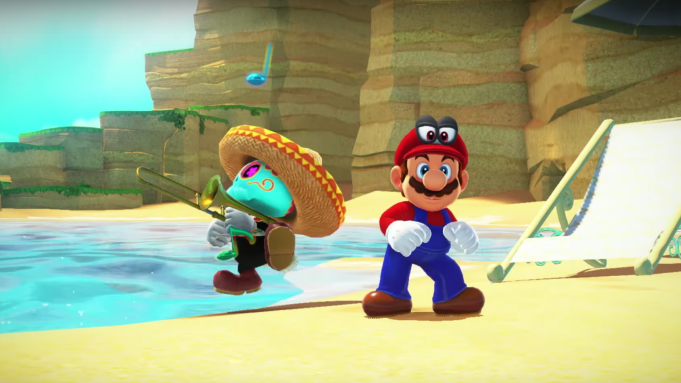 Nintendo debuted a trailer showcasing the soon-to-be-added VR content in “Super Mario Odyssey” and “The Legend of Zelda: Breath of the Wild.”

“Super Mario Odyssey” gets three new mini-missions where players are tasked with collecting music notes and Coins to complete objectives in VR. The Cap, Seaside, and Luncheon Kingdoms will be available to explore in virtual reality as well, though the video doesn’t elaborate on what, if any, extra VR-enabled activities can be done there.

“The Legend of Zelda: Breath of the Wild” also has a new series of features involving the Nintendo Labo VR Kit, though they’re a bit more understated than those in “Super Mario Odyssey.” Using the Toy-Con VR Goggles, players can toggle on and off VR camera controls with a quick trip to the game’s menu. The entirety of Hyrule can be traversed and explored while using the goggles.

Prerendered cutscenes are not compatible with “The Legend of Zelda: Breath of the Wild,” and thus players will be limited to action that happens in the overworld. However, you can toggle the new feature on and off no matter where you are in the game and do not have to start a new game to take advantage of the VR Goggles.

The free updates for both “Super Mario Odyssey” and “The Legend of Zelda: Breath of the Wild” will be available as free updates on Thursday, April 25 exclusively on Nintendo Switch.