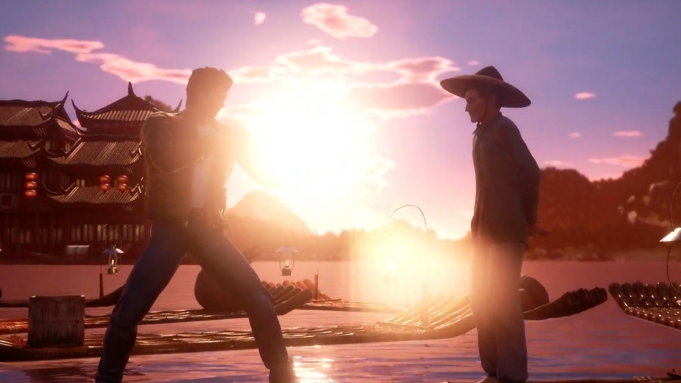 A new trailer heavy on cutscenes for “Shenmue III” was revealed on Monday during the PC Gaming Show.

Creator Yu Suzuki presented the latest trailer himself, and said that “The work is nearly over” on the upcoming game. You can watch the new “Shenmue III” trailer right here, it’s posted above.

The new trailer gives insight into the story for the upcoming game.

While the game is set for a November release, we still don’t have a clear look at gameplay. Still, it’s exciting for “Shenmue” fans to get a new trailer, as the third installment of the game is a long time coming.

After successfully rasing enough funds via Kickstarter, “Shenmue III” was meant to drop this August. However, the game has been pushed back to November so that the developers at Deep Silver have time to further refine the game.

“Shenmue III” is slated for PC and PlayStation 4 release on November 19. The PC version of the game is now coming exclusively to the Epic Game Store, as detailed on the game’s Kickstarter page:

“We are happy to announce that ‘Shenmue III’ for PC will be will be an Epic Games Store exclusive. Development for Shenmue III has been moving forward using Unreal Engine and the support we have received from Epic has been excellent. But most importantly, in looking for the most enjoyable experience on PC, it was decided together with Deep Silver after much discussion that the Epic Games Store would be the best distribution platform option. “