‘Ancestors: The Humankind Odyssey’ Is All About Curiosity 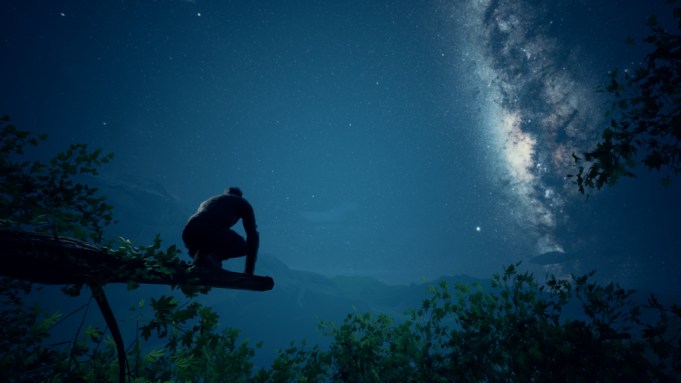 “Ancestors: The Humankind Odyssey” is a game that wants you to be curious. That’s according to a new trailer from developer Panache Digital Games.

“[It’s] not about unfolding the mission we’ve put out there for you,” said creative director Patrice Désilets in the video. “It’s you, your curiosity, that’s driving the show. Because in ‘Ancestors: The Humankind Odyssey’ there is no mini-map. There’s no map at all.”

“Ancestors” takes place 10 million years ago in Neogene Africa. The player is an ape who must explore to expand its territory, forage for food and water, and fight or flee predators. Eventually, the ape grows its own clan and evolves, gaining and passing on new abilities to future generations.

Désilets sees the player as a co-creator of the game and said it’s important that nothing is explained for them. “The more you’re curious and you test and you experiment, you’ll see the game opening up for you. I get surprised by the game every single time I play because I’m trying new stuff.”

Since this is a game about evolution, there are some survival elements. There is a stamina meter, and performing actions costs energy. The player also needs to eat, drink, and sleep. Those are the three core elements to survival, Désilets said. Other animals are a danger as well, along with falling damage and poisonous food. But it’s up to the player to discover what works and what doesn’t.

“We will never give you the solution,” It’s up to you to experiment and eventually to go through bad times in order to have good times, I would say.”

“Ancestors: The Humankind Odyssey” comes out sometime this year on PC (as an Epic Store exclusive), PlayStation 4, and Xbox One.