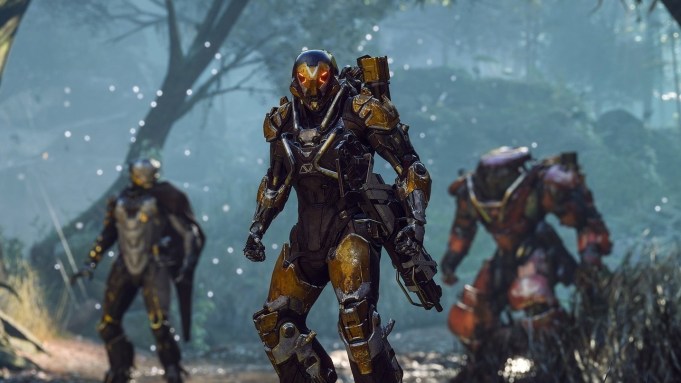 Blomkamp previously teased a work in the “Anthem” universe on Monday, where the “District 9” director posted an image from the game and announced he had been “working on something new.” The short film is based on an original story set “decades before the beginning of the game.” There’s a teaser available that shows off a bit of Blomkamp’s unique visual effects style that you can view ahead of the full short’s premiere on Feb. 14 via the Oats Studios YouTube channel.

Been working on something new. Really excited to share this soon! #anthemgame pic.twitter.com/5SxlTO6W1i

“I was really blown away by this incredible world BioWare created the very first time I saw Anthem,” said Blomkamp of the live-action project. “Conviction sets the stage with a narrative that touches on Anthem’s beautiful and immersive world, which is ripe for exploration by these powerful Javelins. A world where danger is lurking on every ledge and in each valley.”

The world of “Anthem” allows players to jump in with up to three friends to explore, fight, and gather loot in an expansive new world. They’ll take on the role of “freelancers” who wear exosuits called Javelins, all equipped with a set of special abilities and tools that can be fully customized.

“Anthem” is set to release on Xbox One, PlayStation 4, and PC on Feb. 22, but the Blomkamp short should give viewers an early taste of what to expect when the science fiction title drops in full later this month.