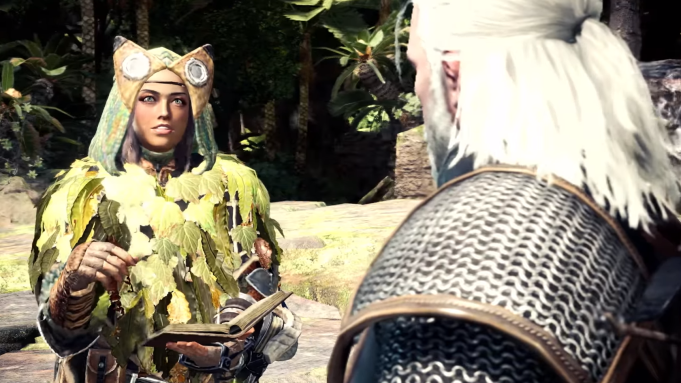 A title update to “Monster Hunter: World” brings a crossover event with “The Witcher 3: Wild Hunt,” as revealed in a trailer Thursday.

Geralt of Rivia may seem slightly out of place in the “Monster Hunter” universe, but as an otherworldly threat arrives, the Witcher must step up and take it on. The trailer shows off interactions as Geralt explores this strange new world, and also teases some of the gameplay players can anticipate in the single player crossover event.

The update for the crossover event is free downloadable content, and is available now.

“[‘Monster Hunter: World’] was a phenomenal success in the previous fiscal year, and continued to maintain popularity through the expansion of its user base, while the strong performance of the Steam version for PC boosted profits,” Capcom said. “Further, ‘Monster Hunter Generations Ultimate’ for Nintendo Switch, which was released in markets outside of Japan, enjoyed robust sales owing to its consistent popularity.”

Back in October, “Monster Hunter: World,” which is available for PlayStation 4, Xbox One, and PC, surpassed 10 million copies shipped.