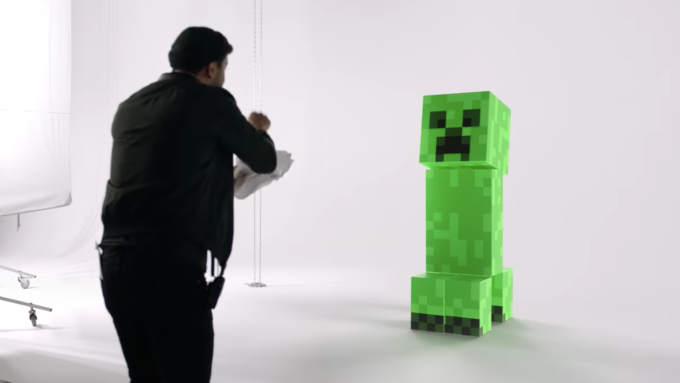 Minecon is returning in September, and this year “Minecraft” fans can again watch from home, as revealed in a teaser trailer for the event released on Friday.

The humorous trailer, shown above, is worth a watch, as the mobs of “Minecraft” are, well, less than interested in promoting the upcoming event. Minecon is a celebration of all things “Minecraft” and a chance for the folks at Mojave to show what’s next for the popular game.

Plus, the “Minecraft” community will get to vote on the next biome for the game.

It’s all going down on September 28 at 9 a.m. PST, 12 p.m. EST. Fans of “Minecraft” can watch the livestream proceedings at that time, and the presentation will be an hour and a half long filled with “juicy” news as well as appearances from content creators and plenty of “pre and post show bits.”

Community panels are returning to the 2019 Minecon, and those who have something cool to share with the “Minecraft” community can submit their panel idea for consideration right here. Submissions are due by June 28, so get brainstorming!

Select panels will be broadcast on demand.

Last year’s Minecon was also in September, so the event is coming at the anticipated time. Hopefully, we’ll hear more about the newly announced “Minecraft Earth,” the upcoming augmented reality “Minecraft” mobile game.