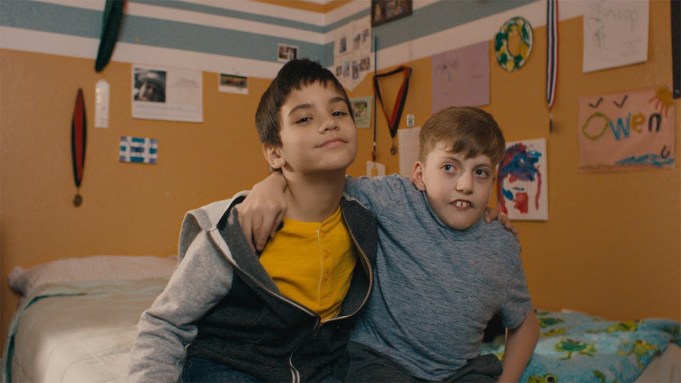 “When everybody plays, we all win,” is the message behind Microsoft’s emotional new Super Bowl commercial, its first in four years.

The video debuted on Thursday and features a number of children with disabilities who talk about how Microsoft’s new Xbox Adaptive Controller helps them play video games.

The tech giant revealed the Xbox Adaptive Controller in May. Designed primarily for gamers with limited mobility, it comes with two large programmable buttons and a variety of jacks and USB ports, and it serves as a unified hub for assistive devices.

Microsoft Inclusive Designer Bryce Johnson told Variety in June the company wants the controller to be as inclusive as possible. It was built in collaboration with a number of nonprofits, including The AbleGamers Charity, The Cerebral Palsy Foundation, SpecialEffect, Warfighter Engaged, and many community members. Everything from the form factor of the device to the controller ports were considered during the design process, along with the controller’s price tag — $100.

“Adaptive technology can be very expensive, which is why we wanted to make this as affordable as possible,” Johnson said.

People can see the Xbox Adaptive Controller ad during Super Bowl LIII on Sunday, Feb. 3, when the Los Angeles Rams take on the New England Patriots. The big game is airing on CBS, which is charging a record-breaking $5.25 million for just a 30-second spot, according to CNBC. That’s roughly $175,000 per second. That price is slightly higher than last year, where companies had to pay an estimated $5.2 million.