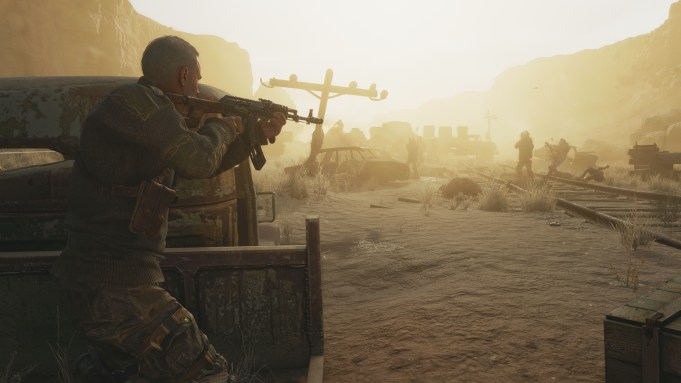 Deep Silver and 4A Studios released a new “Metro Exodus” trailer on Tuesday detailing some of the game’s varied selection of weapons and customization options.

The four-minute clip introduced several classes of weapons as well as some of their customization options, which take them from pedestrian arms to veritable protection from the enemies waiting to devour you.

Handguns are extremely versatile in “Metro Exodus” and include the Bastard Gun and revolver, with a selection of mods that can transform each gun into different, versatile options entirely. Sights can add range, for instance, which obviously is a boon when enemies are further away and coming toward you.

Shotguns aren’t as ubiquitous as other weapons, but the ones remaining in the “Metro” world are devastating for close-range combat. Both in-game models are deadly no matter where you bust them out. The Ashot and the Shambler are two

Rifles like the Bulldog and Kalash are durable and reliable, and offer accuracy and customization. Adding a scope and long barrel can kit out a regular rifle and make it more suitable for long range combat. The Valve sniper rifle goes one step further and features high-capacity magazines for “loud, long range takedowns.”

There are also a swath of special weapons like the Hellsing Crossbow and the Tikhar rifle, which can be equipped for missions when “stealth is a must.” You can craft standard and incendiary ammo for them as well, which make them a must for certain dire situations that crop up in-game.

“Metro Exodus” tasks players with leading survivors across post-apocalyptic Russia, armed with a wide variety of different weapons, tools, craft items to combat the enemies and creatures waiting out in the wasteland. The game is poised for a Feb. 15 release on Xbox One, PlayStation 4, and PC.