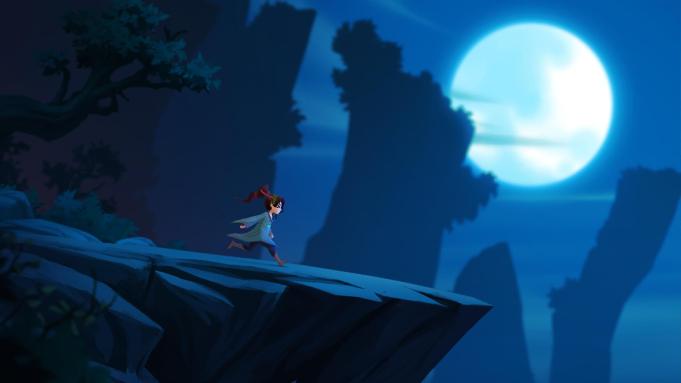 Indie game “Lost Words: Beyond the Page” has a new trailer for E3, as well as a release date and an additional platform, as seen on the official website.

Though Sony won’t be at E3 this year, the PlayStation YouTube channel posted a new trailer for “Lost Words” on Friday, which revealed the game will be coming this December. It was also revealed that the title will get a Nintendo Switch release, as confirmed by developer Sketchbook Games via email.

The trailer for the game shows off the watercolor-style graphics and a bit of the gameplay as well. In “Lost Words,” players manipulate the words in a young girl’s diary to change the environment and navigate the protagonist through the world of Estoria. It’s a 2D platforming adventure that has a fully-voiced narrative, and the story is influenced by player decisions.

“Lost Words” is from the mind of games writer Rhianna Pratchett, and will be published by Modus Games.

“Lost Words: Beyond the Page” is coming to the Nintendo Switch, PlayStation 4,  Xbox One, and PC (via the Steam storefront), in December.

You can find all of E3 2019’s exciting game reveals, previews, interviews, hands-on experiences, and more right here at Variety.