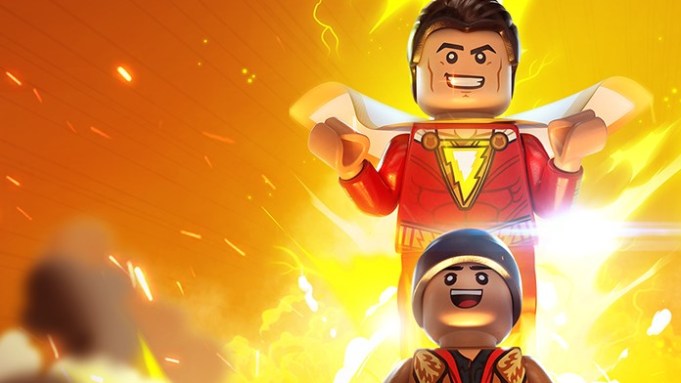 “LEGO DC Super-Villains” is getting a new level and new characters based on the “Shazam!” movie Friday, according to a press release.

The extra content adds six new characters to the massive roster of 150 DC characters in the game currently: Billy Batson (who can transform into Shazam), Freddy Freeman, Gluttony, Wrath, Pride, and Envy.

“The first SHAZAM! Movie Level Pack offers players the chance to master the powers of favorite characters based on the ‘Shazam!’ film,” according to the press release. “Players will jump into the action and begin their journey as Billy Batson and Freddy Freeman to fight against the evil Dr. Sivana! The pack includes the ability for Billy Batson to transform into Super Hero Shazam, using his powerful abilities of flight, strength, projectiles, electric beam and more.”
The press release also noted that players can watch Freddy “transform and take on Shazam powers.”

Those who have the deluxe edition of the game automatically have the Season Pass, but it can also be purchased separately for $14.99. For those that don’t want to purchase the Season Pass, the “Shazam!” DLC bundle will be available April 23 for $5.99.

In “LEGO DC Super-Villains” players get to (reluctantly) save the world … only so that they can then take it over, of course! The game is available for PlayStation 4, Xbox One, Nintendo Switch, and PC.