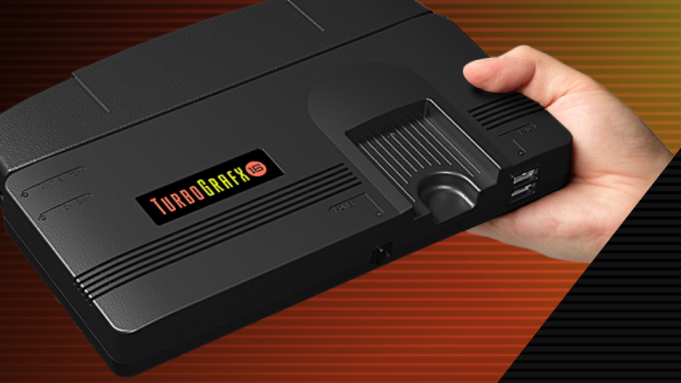 Konami is releasing a mini version of the TurboGrafx-16 that will be pre-installed with retro games, according to a press release on Tuesday.

The press release says the console can fit “in the palm of your hand,” but you can get a better sense of the size of the console from the image below. The TurboGrafx-16 mini will come with a full-size controller.

“The original [TurboGrafx-16] consoles were well-known for introducing several historical firsts, including the first console with a CD-ROM add-on and the first console to offer multi-tap support for up to five players,” the press release from Konami states. “More than that however, the consoles became a collector’s favorite thanks to their quality games line-up; many of which will be included in this re-release.”

There’s no release date just yet, but Konami says that mini console is coming soon.