Continue to Variety SKIP AD
You will be redirected back to your article in seconds
Mar 15, 2019 10:00am PT 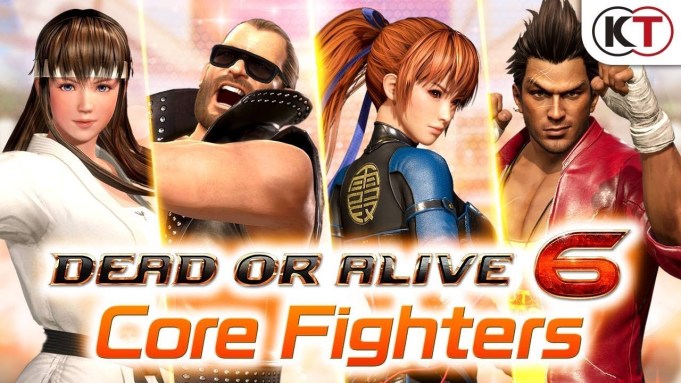 Publisher Koei Tecmo America and developer Team Ninja are launching a free-to-play version of their fighting game “Dead or Alive 6,” they announced on Friday.

“Dead or Alive 6: Core Fighters” is available now on Steam, PlayStation 4, and Xbox One and offers a limited peek into the “DOA” universe. The game comes with four base characters — Kasumi, Hitomi, Diego, and Bass. It also has online ranked battles and a handful of modes — Versus, Arcade, Time Attack, Training, and Quest. “DOA 6’s” introduction to Story mode is unlocked as well, along with DOA Central, a hub where players can check out wardrobes, music, and more.

Koei Tecmo released a “Core Fighters” version of “Dead or Alive 5” in 2013. It also offered four base fighters. Players who wanted to unlock additional characters could do so for $4 each, while the game’s story mode cost $15. Koei Tecmo didn’t say on Friday whether or not the “DOA 6” version will also feature paid DLC, but it seems likely.

In addition, Koei Tecmo said Friday marks the release of “Dead or Alive 6’s” second online update, which adds more high-level quests, new entrance and victory scenes, and some tweaks to the way players earn costume parts. The game’s first Season Pass content, The Happy Wedding Vol. 1, is also available starting today. As you might expect, it outfits “Dead or Alive 6” fighters in tuxedos, suits, and wedding dresses. There are 13 new costumes total. A second wedding pack comes out later this month.

Other mystery costume packs will release over the summer, along with two new characters from “King of Fighters XIV.”

“Dead or Alive 6” launched on Mar. 1 to mixed reviews. While some critics praised its solid fighting mechanics, others knocked its story and online experience. Now that a free-to-play option is here, though, fans can judge it for themselves before paying for the full game.