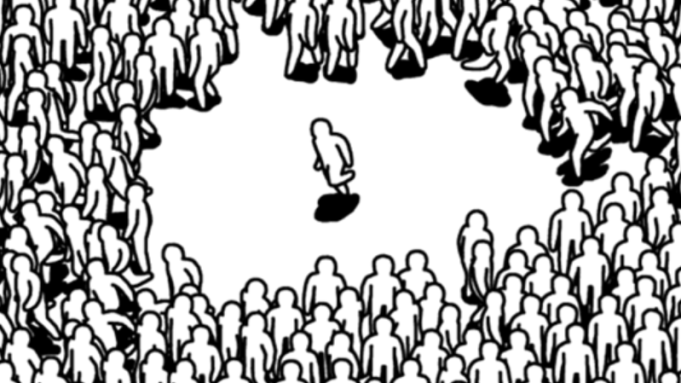 “Kids,” a joint effort from Playables and Double Fine Presents, launched Tuesday for $2.99 for mobile and PC, according to a press release.

“Kids” is available on the Steam store for PC, on the App Store for iOS, and on the Google Play Store for Android devices. The project is an experimental one, meant to offer some commentary on the psychology of the group. It’s more of an “interactive animation” than a traditional game. The launch of this project is in companion with the “Kids” short film that was previously screened at the Berlin International Film Festival.

Michael Frei, director at Playables, commented on the company’s excitement about the launch of “Kids.”

“We’re excited to share the ‘Kids’ experience with people from all over the world,” Frei said. “Bridging the gap between art, film and video games has been a painful but rewarding process, and we hope that players enjoy ‘Kids’.”

“Partnering with the Playables team to bring ‘Kids’ to life has been an amazing journey,” said Rice. “’Kids’ is unique in so many ways, achieving a layer of thoughtful social commentary through a minimalist yet hypnotic style that is truly remarkable.”