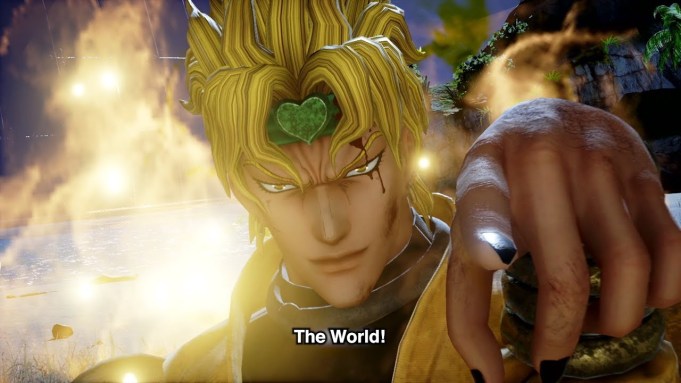 The video highlights the various moves they’ll use in the fighting game. Jotaro mainly fights alongside his Stand, Star Platinum, while Dio stops time using an ability called The World. Fans of the manga will no doubt spot other familiar references like the Road Roller and Star Finger.

For the uninitiated, “JoJo’s Bizarre Adventure” is a popular Japanese manga series that first appeared in Weekly Shōnen Jump in 1987. It’s one of the best-selling manga series of all time with over 100 million copies in print. It’s also spawned a huge media franchise filled with action figures, an anime, novelizations, video games, and more.

“JoJo’s Bizarre Adventure’s” plot mainly revolves around the Joestar family, whose various members battle the supernatural over decades using a unique psychic power called a Stand. The manga is split into eight parts, each one detailing the exploits of a Joestar family member.

With the addition of Jotaro and Dio, “Jump Force’s” roster is now complete, Bandai Namco said in a recent tweet. The area-based brawler celebrates the 50th anniversary of Weekly Shōnen Jump by bringing together some of its most popular manga franchises, including “Dragon Ball Z,” “One Piece,” “Naruto Shippuden,” and more. It will feature 40 characters from 16 manga series at launch, plus two completely original fighters. It will be available on PC, PlayStation 4, and Xbox One on Feb. 15.