Inside the Music of Netflix’s ‘Ingress: The Animation’ (EXCLUSIVE) 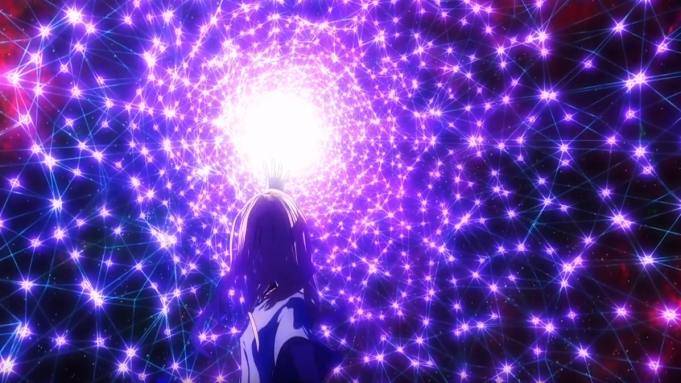 “Ingress: The Animation” hit last fall in Japan, but the global release doesn’t hit Netflix until April 30, fortunately, it’s bringing a little something new to the show based on Niantic’s other popular video game.

The global version of the show will feature a new musical score created by Jacob Yoffee (“Free Meek,” “Andi Mack”).

In this short video, Yoffee talks about the direction he was asked to take when creating the new score for “Ingress: The Animation.”

“They said please don’t have action music,” Yoffee said. “Please don’t do what you would expect and try something very, very different.”

He said the show’s producers didn’t want anything that sounded like a familiar anime.

“It’s as if it’s live-action film,” he said. “Everything has this very visceral, primal sound to it that I think audiences are going to enjoy because it’s going to keep them questioning, and guessing at what’s going on.”

“Ingress: The Animation” was created by animation studio Crafter under the direction of noted computer-graphics artist Yuhei Sakuragi and with character design by “Neon Genesis Evangelion’s” art director Takeshi Honda.

The show takes place in the world of “Ingress” where exotic matter is leaking into the world through portals. That matter can influence people in different ways. Some gain a sort of super mental power. The show focuses on Makoto and Sarah, two people impacted by the matter. Makoto can touch things and see their history. Sarah can see certain aspects of time and space. The two are thrown together after something happens to Sarah and Makoto, who is a police officer, is brought in to figure it out. The duo ends up on the run together away from a third, mysterious character named Jack. The three get pulled into Ingress’ Enlightened versus Resistance battle, but are also trying to figure out the motives behind a corporation that seems to be abusing exotic matter to experiment on humans and do “bad things,” Niantic founder John Hanke told Variety in an interview last year. This new antagonist will also appear in the new “Ingress” game.

The show is based on the location-based game “Ingress,” in which players join one of two factions, and travel to real-world locations to capture and hold them. The game was released as a beta in 2012 and has had 20 million downloads since. Niantic launched a new version of the game — “Ingress Prime” — last year.