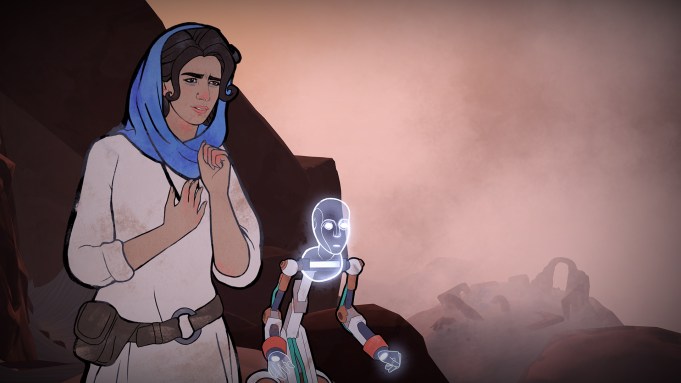 The Indie Megabooth returns to the Game Developers Conference this year and it’s showcasing 24 playable titles throughout the event, organizers announced on Tuesday.

It will feature a dozen titles on Monday, Mar. 18 and Tuesday, Mar. 19 during GDC. Then, it will host a fresh batch of twelve more curated indie games Wednesday, Mar. 20 through Friday, Mar. 22.

The Indie Megabooth is an annual tradition during GDC, as well as other gaming-related events like PAX and E3. The hand-curated traveling showcase seeks to give small game development teams equal footing at those events alongside AAA titles.

“The variety among the titles that were selected to participate in our annual GDC showcase speaks volumes about our curation approach. There’s something for everyone, from clever puzzle games, to narrative driven titles, to action adventure, and even some strategy and horror. We even have a digital kinetic board game showing with us,” said Kelly Wallick, CEO and founder of Indie Megabooth. “We’re proud to be returning to GDC and to give these indie devs a chance to get their games in front of other developers and new potential partners. It’s going to be an inspiring week with loads of networking opportunities.”

This year’s IMB showcase is located on the 2nd level of the West Hall in the Moscone Center and it’s open to all GDC badge holders. Out of the 24 titles on display, 21 have new content in some shape or form, like a new level or gameplay feature. Seven of those games will be playable for the first time during the event, including a new, soon-to-be-announced project from Flight School Studio.