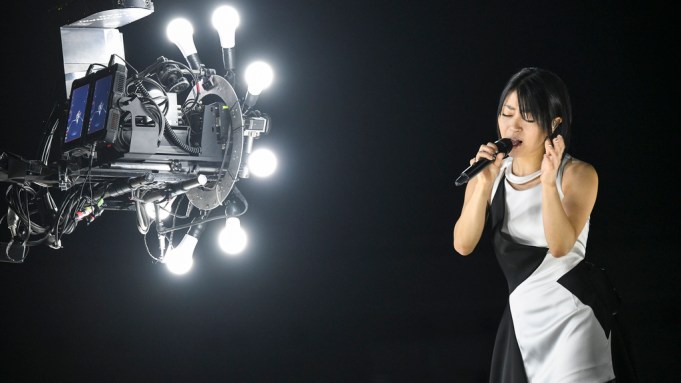 PlayStation VR owners can catch a special performance from Japanese-American singer-songwriter Hikaru Utada starting on Friday, Jan. 18, according to the PlayStation Blog.

Three different cameras and shooting styles were used to record the performance, PlayStation Blog said. First, the production crew used a 4K stereo/3D crane camera to shoot Utada from the front. That same camera was then used to capture her from the sides. Then, 6K 180-degree cameras were used to shoot from far away, medium distance, and zoomed in at the same time. All three shots were filmed separately and then edited into one video.

“As you approach the camera from a distance, the audience feels that Hikaru Utada is coming closer to them. When she’s looking at the camera, they will feel as if she is regarding them. As they reach out, they feel like she pops out toward them because of the spatial effect. I gave her this kind of advice about emotional movement in VR,” said Robot Communications director Wataru Takeishi.

During filming, Takeishi reportedly wore a PlayStation VR headset underneath the stage so he could see how everything would look from the viewer’s perspective. “The videos you watch with the PS VR headset have a different impact after all — the user feels like Hikaru Utada is singing just for them,” he said.

“Kingdom Hearts III” releases on PlayStation 4 and Xbox One on Jan. 25. “Don’t Think Twice” is its ending theme song. An additional theme, “Face My Fears” by Skrillex, Poo Bear, and Utada, will be used for the opening of the game.